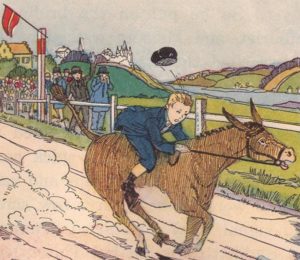 The “Generic Congressional Ballot” is moving inarguably toward Democrats in recent weeks, another sign that the 2022 midterm elections might not be as favorable for Republicans as once thought.

The GCB has long been a closely-watched metric in any election for trying to understand how support for Democrats or Republicans is changing over time. If you’re unfamiliar with the GCB, it’s a response to a question such as this: “If the election for U.S. Congress were being held today, who would you vote for in the district where you live?” The available answers are usually “The Democratic Candidate” or “The Republican Candidate,” with no names provided; the point is to gauge whether voters are generally feeling more positive about Democrats or Republicans in an upcoming election.

According to a new Economist/YouGov poll released this week, the GCB now gives Democrats a 6-point advantage over Republicans. A new Fox News poll has Democrats and Republicans polling even at 41%, but it’s the trend line that is important; in May, Fox News had Republicans with a 46-39 advantage (click here for a compilation of GCB results via RealClearPolitics).

It’s instructive to see how much the overall political mood in this country has moved toward Democrats over the summer. There are a number of factors at play here, from the overturning of Roe v. Wade to a recent flurry of legislation passed by the Democratic-controlled Senate in support of President Biden’s agenda.

You can see this at play locally as well. Colorado Republicans are plainly terrified at what the abortion rights issue will mean for their candidates in November. Candidates for federal office, such as U.S. Senate hopeful Joe O’Dea, are finding it impossible to escape from the corner in which they have painted themselves after high-profile Congressional victories for Democrats.

This trend could still change before November, of course, but as we enter the most important stretch of the campaign cycle, the momentum is definitely on the side of Democrats.