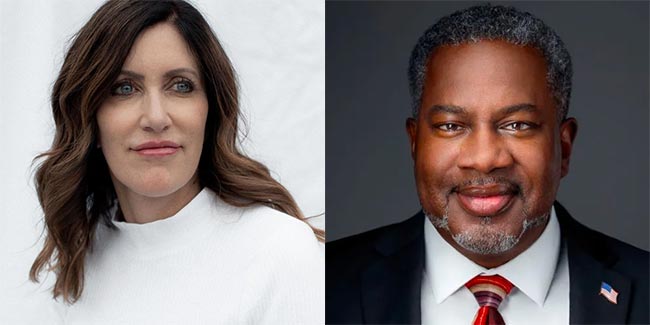 Republican gubernatorial candidate Heidi Ganahl’s campaign was in trouble long before the debacle that consumed most of her July, when Ganahl’s first choice for lieutenant governor all too publicly rejected her, and then her second choice Danny Moore plunged the campaign into fresh crisis due to Moore’s well-known conspiracy theorizing about the results of the 2020 presidential elections. Last week, Moore attempted to “set the record straight” with a catastrophic guest op-ed in the Colorado Springs Gazette in which Moore brazenly lied about his prior statements, and then proceeded to defend his questioning of the 2020 election citing various debunked conspiracy theories.

As the Denver Post’s Alex Burness reported this weekend, choosing an election denier as her running mate may have been the last straw for exasperated fellow Republicans who have been warning for months in forums private and public that Ganahl’s campaign is not just failing, but could prove by November a major liability for Republican candidates up and down the ticket from the governor’s race:

[T]he governor’s race is being defined in large part by what politicos on both sides of the aisle generally agree has been a disastrous campaign for Ganahl, a University of Colorado regent and the last Republican still standing in statewide office here.

After she picked election denier Danny Moore as her running mate, some fellow party members are even distancing themselves from her.

“It’s beyond disappointing that any candidate running for statewide office would open the door to allow this false rhetoric to continue,” said Pam Anderson, the Republican nominee for secretary of state. [Pols emphasis]

After Moore singled out the Center for Technology and Civic Life (CTCL), an election assistance nonprofit that Republican Secretary of State candidate Pam Anderson served on the board of during the 2020 election cycle, as justification for his conspiracy theories, Anderson had no choice but to respond. The problem, of course, is that Anderson is still a part of the Republican ticket in Colorado. Also, Anderson didn’t explicitly call for Moore to be dropped from the Republican ticket. What’s going to happen when it’s time for Anderson to appear on the same stage with Danny Moore?

And if that’s not going to happen now, that’s a big story too. 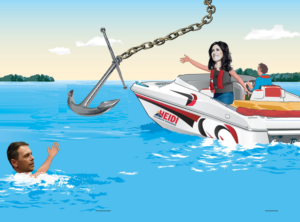 “I don’t believe the election was stolen,” Kellner said. “When I ran in 2020 I actually had a recount so I got an up close and personal view of Colorado’s election system, of counties that use different voting systems. And I had confidence in the outcome, confidence in my campaign to see that process literally unfold in front of us. I am very much focused on the 2022 election and not what happened in 2020…”

After dispatching her overmatched primary opponent Greg Lopez, Heidi Ganahl was given a wide-open opportunity to march to the center by local and national media, who were primed to validate the false narrative that “cooler heads” had prevailed in Colorado’s GOP primary elections. Ganahl ran much more visibly to the right in her primary than other candidates, so this would be been a tougher but not impossible sell. Unfortunately, Ganahl chose the one candidate short of perhaps John Eastman himself guaranteed to ensure her election was saddled with the obsession over re-litigating 2020.

At this point, Colorado Republicans who want to win in November need to figure out how to do it with a metaphorical boat anchor riding high on the ticket. The last time Republicans were forced to openly tell voters to ignore their candidate for governor was in 2010, with Tom Tancredo running in the American Constitutional Party winning 36% of the general election vote over the clueless Republican nominee Dan Maes’ 11%. The collapse of Republican fortunes in the 2010 race for governor not only helped John Hickenlooper cruise to victory that year, but also helped to blunt the effects of what was generally considered to be an historic Republican wave election nationally. This includes a U.S. Senate race that Michael Bennet won by less than 30,000 votes.

William Yeats said it best. “Things fall apart when the center does not hold.” Ganahl had an overriding obligation in this campaign she herself described as a “moonshot” to, if winning proved beyond her reach, not damage Republican prospects elsewhere on the ballot.

Ganahl failed this simple task, and collateral damage is now a question of severity rather than avoidability.