GOP Pundits To Heidi Ganahl: Get Ready To Lose 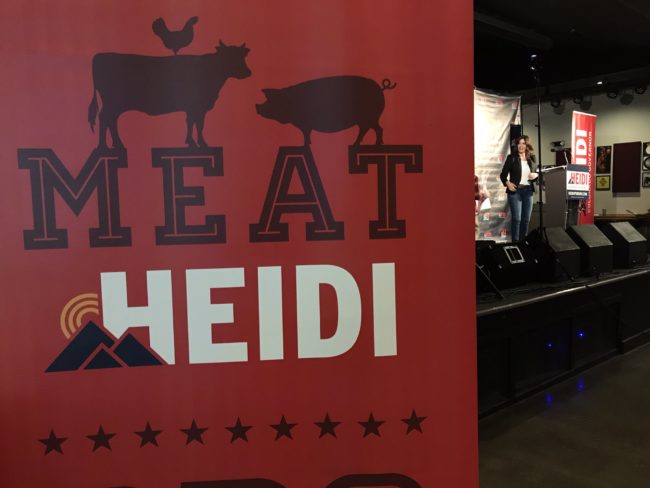 It seemed like a great idea in the brainstorm.

Tomorrow will mark two weeks since Republican University of Colorado Regent Heidi Ganahl launched her campaign for governor, and the bipartisan consensus view with the benefit of that much hindsight is that Ganahl’s campaign kickoff was a messaging failure–squandering months of overwrought preparation, including a contrived “podcast tour” to build Ganahl’s poor name ID while maintaining the pretense of not being a candidate.

The worst of Ganahl’s campaign rollout, which is no small statement from a tour inviting the public to “meat Heidi” at pitifully underattended campaign stops across the state in the campaigns decidedly not-late-model RV, came when Ganahl repeatedly declined to answer what she characterized as “divisive questions” about the legitimacy of the 2020 presidential elections. Ganahl’s lack of preparation for this essential question for any candidate for elected office in 2021 damagingly shaped the narrative of her campaign launch–particularly given Ganahl’s enthusiastic support as CU Regent for the Benson Center’s visiting conservative professor John Eastman, who authored Donald Trump’s last-ditch coup plan to be carried out on January 6th.

In the days since Ganahl’s marred campaign launch, a faction of local conservative influentials–obviously, not the Lauren Boebert/Tina Peters faction–have come out strongly for Republicans in general and Heidi Ganahl in particular to concede that Joe Biden won the 2020 elections, recognizing the centrality of this issue to any successful statewide run for office in Colorado. The day after Ganahl’s faceplant on the question, former Republican Party chairman Dick Wadhams wrote this in a Denver Post column:

Unfortunately, a large number of Republican activists across the state are more interested in refighting the 2020 presidential election they claim was stolen. They refuse to accept the fact former President Donald Trump lost not because of election fraud but because of his own actions and words that alienated many of the voters who voted for him in 2016.

A few days later, more or less outright pleading that Ganahl take this issue off the table was loud and clear from two more prominent local conservative columnists: 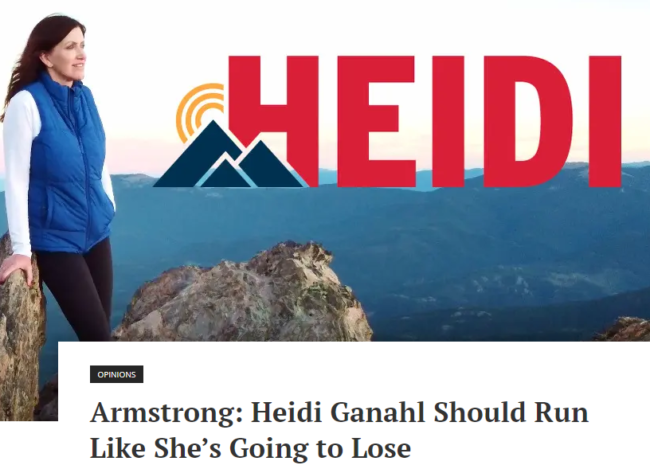 Heidi Ganahl is running for governor. Her campaign let slip the move on September 10, and she officially announced a few days later. I figure if she really wanted my advice she could find my number. But I’m going to offer it anyway. This doubles as general advice for the Republican Party in Colorado.

My basic advice to Ganahl is run like you’re going to lose. Because you are probably going to lose… [Pols emphasis]

I…advise that Ganahl stay as far away as humanly possible from Lauren Boebert and her sycophants. Boebert is popular in her region but toxic statewide. Ganahl’s job is to try to convince suburban centrist voters that the Republican Party is not absolutely bat-guano crazy, admittedly a tough assignment given all the Republican shenanigans this year regarding the presidential election (paging Tina Peters), [Pols emphasis] the pandemic and vaccines, and conspiracy lunacy of various flavors.

While acknowledging Ganahl’s weaknesses, Armstrong attributes Ganahl’s lack of competitiveness more to Gov. Jared Polis’ popularity–and downplays Ganahl’s ties to Eastman as “guilt by association.” But Krista Kafer at the Denver Post got less apologetically to the point in her own “get ready to lose” column on September 23:

I would argue that Ganahl must be willing to risk losing these Republicans in order to win. There was no evidence of massive fraud during the last election. Reporters at center-right news agencies, GOP secretaries of state, the courts, and law enforcement had every reason to find, expose, and report malfeasance if it existed and they didn’t…

Fortune doesn’t always favor the brave. Even so, we must be fearless in the defense of the truth. It is worth the risk.

This would have been good advice to give Ganahl before she fumbled the question repeatedly on the first day of her campaign launch, but today all this after-the-fact advice manages is to remind everyone that Ganahl has already messed this up. And that’s not all: despite these conservative opinionmakers who want to project a reasonable face to a general election audience, the fact remains that a majority of Republican voters believe the “Big Lie.” That’s why Ganahl defending the legitimacy of the 2020 elections while there is any risk of a primary on her right flank is so risky.

Unless Ganahl believes the “Big Lie” too! In that case, this advice from the Colorado Republican pundit class is just a smokescreen. The only way we’ll ever know for sure is for Heidi Ganahl to set the record straight herself.

When that happens, she’s going to pay a price. Because she could have been honest the first time.