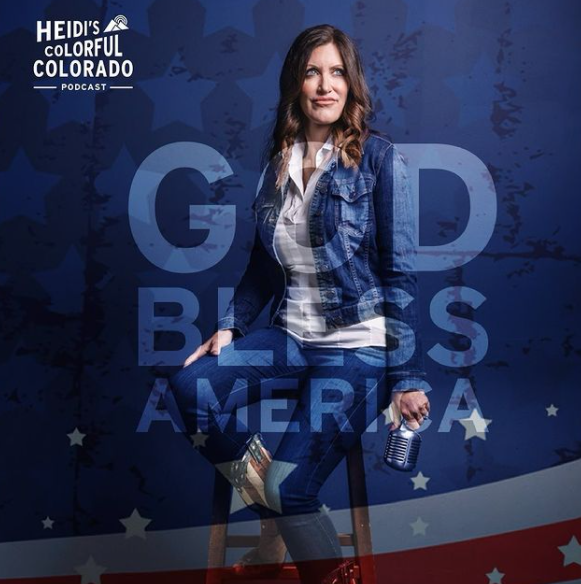 The launch this week of Republican Heidi Ganahl’s campaign for governor, which she herself has described as an improbable “moonshot” of an undertaking, was hobbled from the outset by a string of unforced and entirely preventable errors. After running a thinly-veiled “podcast tour” to build name ID ahead of a formal launch, Ganahl’s campaign bumbled the rollout week by prematurely filing papers for her candidacy on the Friday before the 20th anniversary of 9/11.

After turning her campaign launch into a “Friday news dump,” Ganahl’s formal announcement on Tuesday, literally at the same diner showcased one year before in an ad for Sen. Cory Gardner’s unsuccessful re-election bid, was an unsettling case of deja vu. Ganahl’s subsequent RV “launch tour” generating pitiful turnout in Colorado’s hinterlands has added to the pervading sense of launch failure.

But as Alex Burness writes for the Denver Post’s political newsletter, the biggest problem of all for Ganahl came in her refusal to answer the central political question of our times, the one question nobody gets to dodge while running for office in 2021: do you accept that Donald Trump lost the 2020 elections?

She didn’t have an answer. The first time she was asked, by The Colorado Sun, she spoke generally about how important it is for people to “have confidence that their vote matters.” The second time, she told The Denver Post she wouldn’t “get into that right now.” The third time, she criticized 9News for posing such a “divisive” question.

Everyone understands the political dilemma this question poses for a Republican candidate running in a blue-trending state. If Ganahl concedes that Trump lost, it puts her at a severe disadvantage in the Republican primary. But if Ganahl publicly embraces what a solid majority of Americans call the “Big Lie,” she’ll destroy her credibility outside the pro-Trump propaganda bubble.

So the solution is to do what Cory Gardner did and have it both ways, right?

Recent history tells us it’s not easy to try to credibly run on both paths. Cory Gardner attempted that when he aligned himself with Donald Trump but ran ads about being bipartisan and independent-minded. Reporters had a lot of questions for him, but he rarely spoke to local media and left a lot unanswered.

In the end, Cory Gardner got what he wanted. After winning office in 2014 by aggressively playing down his record on abortion, Gardner made it through the 2020 elections without ever publicly breaking in his unswerving loyalty to Trump–no matter how hard it became to ignore the reporters chasing him to the elevators and stairwells. If your question as a reporter was not on a subject Gardner wanted to answer, you simply didn’t get an answer no matter how awkward that refusal to answer became on live television.

Gardner made his choice, and lost his bid for re-election.

In her repeated refusal to engage on this and other questions which might result in disagreement amongst fellow Republicans, Heidi Ganahl is taking a page from Cory Gardner’s playbook. But whether by her poorer execution or reporters who simply refuse to let candidates arbitrate to their advantage what the relevant issues are, it’s playing out even worse for Ganahl. It’s not voters’ fault that Ganahl faces a dilemma reconciling today’s Republican dogma from the majority’s reality.

If Ganahl doesn’t want to answer the hard questions, no one is forcing her to run for governor.