Inside The Triumph of “Con Man Cory” 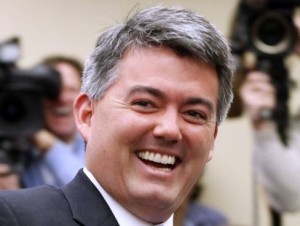 Cory Gardner and the smile that changed everything.

In order to understand what happened this week in Colorado's U.S. Senate race, which saw the first ouster of a sitting U.S. Senator from this state in decades, we return to a story that came out on Election Day by Politico's Neil Malhotra, titled "Why Do Voters Believe Lies?"

The lede of the story? Colorado GOP Rep. Cory Gardner.

There is no such thing as a federal personhood bill.” Or so said Colorado Rep. Cory Gardner, the Republican candidate currently locked in a tight Senate race against Democratic incumbent Sen. Mark Udall, in an interview a few weeks ago. It was a surprising statement—not only because the federal personhood bill, otherwise known as Life Begins at Conception Act, does in fact exist but also because Gardner himself co-sponsored it. “This is all politics,” he added, blaming Udall for spreading untruths about him.

It was, indeed, all about politics. Gardner’s strong support of personhood legislation might have bolstered his popularity among conservative Republicans. But after declaring his Senate bid, Gardner found himself having to appeal to a more moderate electorate (Colorado voters have repeatedly rejected a personhood ballot measure) and changed his position on the issue. So far, his equivocation hasn’t hurt him…

In the end, Gardner's decision to abandon the Colorado state Personhood abortion ban ballot measures he had supported for years right after entering the Senate race did not prevent him from defeating incumbent Sen. Mark Udall as we and many Democrats believed it would. As Democrats cried foul and began loudly hammering away at the inconsistencies of Gardner's flip-flop on Personhood, Gardner never once admitted that there were any inconsistencies. Udall, Democratic surrogates, and eventually the press itself grew exasperated trying to rattle the unflappable Gardner, pointing out that not even other proponents of the Colorado Personhood abortion ban or the equivalent federal Life at Conception Act agreed with him–his insistence that the two measures were different, or that Gardner's "federal Personhood bill" would ban abortion or abortifacient birth control.

The enormity of Gardner's falsehood on the state and federal Personhood bills shocked Democratic strategists, and convinced them that Gardner had opened himself to a fatal line of attack. But, as Politico's Malhotra wrote on Election Day, there was something Democrats hadn't considered:

[R]esearch has shown that attempts to correct misinformation don’t just fall flat; they often backfire. Forcing people to reckon with and argue against facts they don’t want to accept actually makes them more entrenched in their political predispositions… 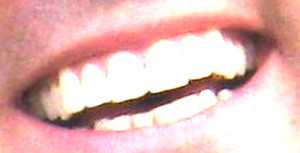 Much has been made of Cory Gardner's indestructible smile. Gardner's sunny disposition ingratiated him with non-ideological voters, and made less informed voters of all stripes more likely to be skeptical of negative messages against him. The harsh subject matter of abortion, rape and incest, etc. contrasted against Gardner's smile, frequently positive ads, and upbeat demeanor generally. Gardner's parry to the attacks on abortion, a dubious proposal to make oral contraceptives available over the counter, succeeded in "muddying up" the issue–not enough to win over all women voters, but enough to win some and introduce confusion about where he really stood with others.

But abortion was far from the only issue on which Gardner was caught red-handed lying to voters. Local and national media fact-checkers dismantled Gardner's claims about his past support for renewable energy, questioned major discrepancies in Gardner's story about his "cancelled" health insurance plan, and easily discredited Gardner's crass fearmongering about the Ebola virus and the Islamic insurgency in the Middle East–just as a few examples. But Udall's campaign failed to make any of these demonstrable lies stick to Gardner. Part of it was the fact that Gardner had successfully "gummed to death" the abortion issue, which made it harder for voters to accept other negatives against him. But the other part was that Gardner was already winning the voters over with positive energy, trumping all such fact-based arguments.

In the end, this was a perfect storm for Mark Udall, and a challenge he was just not built to overcome. Udall, a contemplative and reserved public figure not predisposed to self-promotion, couldn't match Gardner's relentless charisma, and as a result the negative attacks on Gardner lacked a counterbalancing affirmative case for Udall's re-election. Gardner out-smiled and out-gabbed Udall–and not even the press, by September and October livid over Gardner's many evasions and falsehoods, was able to make a difference.

Does Mark Udall deserve blame for his punishing defeat, which almost certainly had negative effects down the ticket for other Colorado Democrats? Absolutely–once it was clear that the abortion attacks were not gaining the right kind of traction, Udall's campaign and Democratic surrogates should have broadened the message to include all the other things Gardner wasn't being honest about on the campaign trail. It wasn't wrong to attack Gardner over Personhood, especially after Gardner made it an issue–but it was wrong to rely on that message after it hit its point of diminishing return. Gardner's lies about energy, Obamacare, and other subjects could have supplemented a broader narrative of how voters couldn't trust Gardner on any issue. Instead of fixating on abortion, Udall's team could have pivoted to how all of these issues render Gardner untrustworthy.

It would not be wrong for Democrats, and anyone else who cares about honesty in politics, to be deeply concerned by what Gardner's lie-based victory says about our political culture today. In 2012, Mitt Romney was broadly perceived to be untrustworthy after his own flip-flops and false statements.

The difference, of course, is that Romney lost. But Gardner's victory in 2014 could validate the strategy of lying to win elections and never apologizing–or even admitting that you're lying, even after everyone with an ounce of political savvy knows it. Lying in politics is not new, of course, but Gardner has elevated it to a new level–of ruthlessness, shamelessness, or brilliance depending on whose side you're on.

And we cannot see how that is a good thing for America.