Of Unicorns and Senate Candidates

A few months after winning a competitive Republican Primary, Glenn confidently compared himself to a “unicorn” owing to his self-impressed political beliefs and campaign style.

“I am the human equivalent of a unicorn,” Glenn told The Durango Herald in September 2016.

Glenn would go on to lose the 2016 Senate election by a nearly six-point margin in a race that wasn’t nearly as close as the final numbers would suggest. Bennet and Democrats made relatively-little effort to go after Glenn, whose only real ad spending came in the form of a bizarre spot showing him working out in a gym.

Bennet is running for re-election again in 2022, and once again the Republican candidate for Senate is embracing a comparison to a unicorn. The campaign for Senate candidate Joe O’Dea has been thirstily promoting a new story from Axios that includes this line: 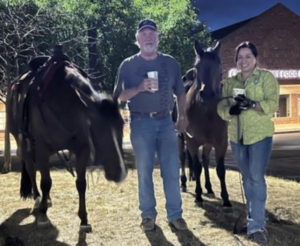 “O’Dea is a unicorn for the GOP at a time when its voters prefer MAGA-aligned candidates.”

What, exactly, makes O’Dea so unique as to be called a political “unicorn”? O’Dea is pro-life on the issue of abortion — these are his own words — and is very open about saying he would have backed all of the recent conservative Supreme Court nominees that paved the way to overturning Roe v. Wade.

O’Dea says he isn’t following the Jan. 6 House committee hearings; he doesn’t hold Donald Trump responsible for the insurrection and would vote for Trump again in 2024. O’Dea believes that we should not enact even modest restrictions on firearms and assault weapons, and he is a full-on Climate Change denier.

In fact, the only thing that makes O’Dea different than most Republican candidates is his penchant for riding a horse to a sushi restaurant.

As we’ve written repeatedly in this space, O’Dea should have won the GOP Primary against Hanks, a far-right blowhard who had virtually no money in his campaign coffers. O’Dea is not as batshit-crazy as Hanks, but that doesn’t make him a political “unicorn” — it just means O’Dea is a standard Republican candidate in Colorado.