UPDATE: It was brought to our attention that last night’s CBS4 report, which insisted on only giving “Wendy’s” first name to highlight the supposed danger, in addition to publicizing the address to “Wendy’s” home that was the whole basis of the alleged privacy concerns,  actually disclosed Wendy Meritt’s name in full along with the home’s address: 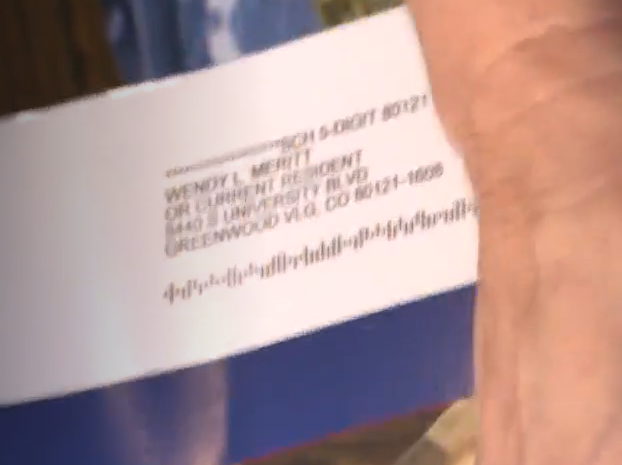 Meaning it wasn’t necessary to look up the property sales records and business registrations at all to discover that the home is owned by an LLC registered to the address of Joe O’Dea’s own business and connected to his longtime partner.

The sloppy absurdity of this story–starting with CBS4 political reporter Shaun Boyd broadcasting the information that was supposed to be a grave security risk to a far wider audience than the original mail piece, which allowed the true source of the story to be traced back to O’Dea’s closest business associate, none of which Boyd ever disclosed…

Well, it’s one for the record books. We’ve never seen anything quite like this. 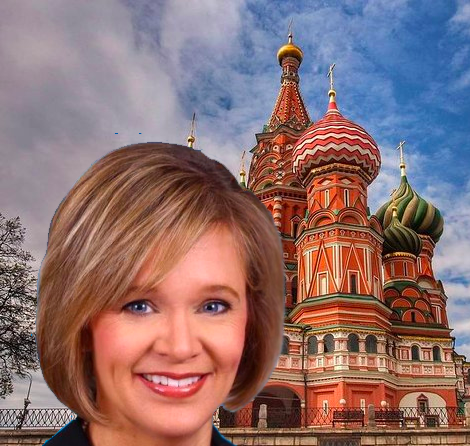 As readers know, over the last week and a half Republicans in support of certain candidates in the upcoming June 28th Republican primary have been ringing every available bell to warn about “Democrat dirty tricks” in the form of TV and mail ads promoting MAGA hardliner Republicans with more grassroots appeal than resources.

Last night on Denver’s most conservative-friendly TV station CBS4, the PR campaign to publicize these ads as “dirty tricks” and inspire sympathy for the candidates disadvantaged by them took what can best be described as a header into a brick wall–in the process exposing the contrived outrage from Republicans as inauthentic, and implicating a local media outlet in dishonest collusion with Republican campaigns to promote their message.

The story opens with CBS4’s political reporter Shaun Boyd, who has had some rather serious factual foibles in recent years, covering the story of what seems to be an innocent bystander caught in the crossfire of cutthroat contemporary politics:

In an election year, political flyers are common, but the flyers a Greenwood Village woman received in the mail had more than the usual propaganda…

While she’s not running for office, she bought a house from someone who is. The mailers detail campaign contributions that Republican U.S. Senate candidate Joe O’Dea made years ago when he lived at the home that now belongs to Wendy…

“I don’t know exactly what to do except be on the air with you and say Joe O’Dea doesn’t live here.”

Even if he did, she says, his address shouldn’t be on a political flyer given the hateful rhetoric, ruthlessness, and rage associated with politics these days.

While Wendy admits she supports O’Dea’s candidacy, she says this isn’t about politics but personal safety… [Pols emphasis]

You can see a fuzzy screenshot from CBS4 of the mailer at the top of this post. According to the story, the address of the home once owned by Joe O’Dea appears in reproductions of campaign finance records visible on the mailer. From what can see, there’s a pretty good argument that the address should have been blacked out from the image for privacy reasons. Especially, as “Wendy” says, if we’re worried about her personal safety.

But apparently, CBS4 is not worried about anyone’s safety, since they repeatedly display the address to the home in question throughout their video segment! We debated blacking out the address from the screenshot from CBS4’s report you can see above, but realized it’s pointless since it’s already been broadcast on television.

Shaun Boyd’s disclosure of the address at the heart of “Wendy’s” grievance turns the concern we’re supposed to feel over her personal safety into something else entirely. If the whole point here is to be concerned that disclosing this address could endanger someone’s safety, why would you broadcast it to the world?

And then we realized something important: if Shaun Boyd hadn’t shown us the address that “Wendy” didn’t want the recipients of this mailing to see, we might never have known who “Wendy” is.

With the address of the property in hand, 5440 S. University Blvd., we can quickly find the record of property ownership. The home is owned by an LLC with an address at 2027 West Colfax Avenue in Denver. That’s the address of Concrete Express, where Joe O’Dea is vice president having founded the company in the 1980s with his partner Xernie Meritt. Xernie’s wife Wendy Meritt can be seen in this campaign ad for O’Dea (with a screenshot from last night’s CBS4 report on the left):

With all of this in mind, Wendy Meritt’s claims to be some kind of bystander are rendered ludicrous:

“If this came from the Joe O’Dea camp I would be just as disappointed. I am caught in the middle of what could be a potentially dangerous situation.”

We’re pretty sure that’s a lie. And we’re almost as sure that Shaun Boyd knew exactly who she was speaking to, and deliberately withheld that information from her viewers. Either that or Boyd simply didn’t bother to check the most basic aspects of the story, and that’s almost as bad. Either way, it’s journalistic malpractice of the highest order–and the irony is we wouldn’t know about it if Boyd hadn’t blown the whole premise of her story out of the water by televising the same “private” information in the mailer.

Back in September of 2020, Shaun Boyd’s false report suggesting Colorado was trying to “register dead voters” was taken down by her bosses after it was shown to be an egregious distortion of the facts. Here we have another case of Boyd lying by omission in what looks like plain collaboration with a Republican political campaign.

If Shaun Boyd ends up in CBS’s dustbin along with Lara Logan at some point, you’ll know why.