“Selection Code”–Tina Peters Gets Her Own Flick After All

Last month, Republican Colorado Secretary of State candidate Tina Peters flew to Palm Beach on her campaign’s dime to attend the Mar-a-Lago premiere of crackpot pseudo-journo Dinesh D’Souza’s new movie 2000 Mules, trotting out a new and already discredited conspiracy theory to reinforce the baseless conviction of a majority of Republican voters that Donald Trump should still be President. 2000 Mules’ subject matter has no relationship whatsoever to the conspiracy theory regarding Dominion Voting Systems hardware that Clerk Peters stands accused of felonies for allowing unauthorized access to.

But if you were worried that Clerk Peters was being short-changed as a mere guest at D’Souza’s premiere party instead of the life of her own party, all that’s necessary is a little patience. Because next month, D’Souza’s Mules will be ancient history–and Clerk Peters will be starring in a slickly-edited movie of her own.

Here’s how the producers of Selection Code (we’re not doing the silly brackets) describe their work:

[S]ELECTION CODE follows world renown [sic-Pols] investigative journalist Lara Logan on her most important assignment to date. For over 35 years investigative journalist Lara Logan has been on the front lines of history’s deadliest conflicts. Yet no assignment to date has put her career and life in more danger than this one. [Pols emphasis] Her investigation goes to the heart of the current Information War, revealing yet another facet in the ever-unfolding saga of election fraud, demonstrating the role of the machines in stealing our vote.

The documentary follows the story of Tina Peters the County Clerk in Mesa Colorado, who made a backup of her counties Dominion Voting System server, only to stumble across evidence of manipulation in a recent local city council election…. and also the 2020 general election. Tina’s discovery ignites a chain reaction upending her life. And upending the world.

You will not be able to unsee what you see.

There you have it folks, either Mesa County has become a den of intrigue and danger right out of a Jerry Bruckheimer movie, in which case there had better be some cool explosions–or it’s time to put on our hip waders. Considering the sources, we’re proceeding with the latter. 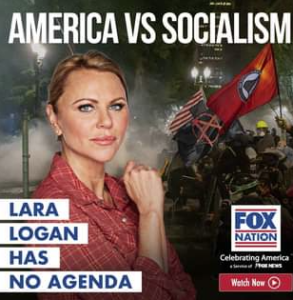 Ad for Lara Logan’s Fox Nation show before it was axed.

Lara Logan is a once-respected reporter who well before the 2020 elections had begun a migration downward from CBS News’ top tier of journalists into the fringe right podcast world, to the point of recently having been dumped by Fox Nation after comparing Dr. Stephen Fauci to Josef Mengele. The projects that Logan takes on today are, and we can now vouch for this with local experience, not credible endeavors. The New York Times profiled Logan late last month with a mention of Selection Code, which we learn is being financed by the most usual of suspects:

[Logan’s] latest project is a forthcoming documentary on voting machines called “Selection Code” that is being financed by Mike Lindell, the chief executive of My Pillow, who has helped spread some of the most outrageous myths about the 2020 presidential election…

“When I think of Lara,” [60 Minutes Producer Ira] Rosen added, “I want to remember the Lara who put her life on the line reporting for CBS News in Afghanistan and Egypt. The one now I almost don’t even want to know about.”

When reached for comment, Ms. Logan said she wouldn’t participate in “a hit piece,” and added, “I’m not interested,” before abruptly hanging up. But today she speaks often to conservative talk show hosts about her days at CBS, describing what she views as a culture of conformity in the mainstream media.

“The moment I wasn’t toeing the line, then I was, ‘Oh, she used to be great, what happened to her?’” Ms. Logan said on a recent episode of Mr. Lindell’s web show, “The Lindell Report.”

If you’re appearing on “MyPillow Guy” Mike Lindell’s web show to ask why no one takes you seriously anymore, allow us to suggest as gently as we may that you have answered your own question.

Lindell has been in Colorado a great deal since the investigation that led to Peters’ multiple felony indictments by a Mesa County grand jury got going in earnest last August, and it’s been a humiliating experience of being either laughed at by a local school board or served with a lawsuit while insulting the gaggle of reporters following him around at a modestly-attended pro-Peters rally. Lindell’s financial support for Peters while she was hiding out of state for a month last August and September, on the other hand, was anything but modest, and the subject of an ethics complaint against Peters–and that’s before Lindell claimed to have donated hundreds of thousands of dollars to Peters’ legal defense fund.

The film is not scheduled for release until late July, some weeks after the June 28th GOP primary that Peters is counting on winning in order to keep her pre-incarceration party rolling. Ironically, the delay could actually benefit Peters by generating buzz before the film is debunked by credible news outlets.

No matter how many times it’s disproven, the “Big Lie” will live on. There’s no “moving on” for Republicans when so many in their midst are determined beyond the hope of ever convincing otherwise to undo the last election. If you’ve been following Peters’ case locally, including local Republicans who have urged her to pull out of the race for Secretary of State, you know the claim to have uncovered evidence of election fraud to justify Peters’ alleged crimes has already been disproven. So as we’ve seen countless times in political messaging, it’s a question of spreading the falsehood faster than it can be debunked.