And Now For Some Homegrown Election Dezinformatsiya

I am removing a story from the @CBSDenver web site which suggested that a mailer asking people in Colorado to register to vote was connected to the state voter rolls. A tweet with a link to the story has been removed. (1/4)

This comes after the story was picked up by none other than Donald Trump, Jr. himself:

We’re pleased to see this, but coming fully two days after the original story spread far and wide the damage is most likely done. It’s just not possible for a local TV news outlet to spread their correction as widely as the conservative media machine is spreading the original false story. 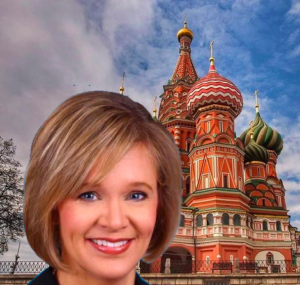 CBS4 Denver’s longtime “Political Specialist” Shaun Boyd has come under fire many times in her career for regularly–though with some notable exceptions–serving as a go-to for local Republicans looking to see their desired spin imparted to various stories being reportedly “unfairly” by other outlets. Last night, however, Boyd aired a story that went considerably farther than spin–making the ostensibly scandalous and Trump-friendly allegation that the Colorado Secretary of State’s office is “encouraging” noncitizens and dead people to vote:

The Colorado Secretary of State’s Office is defending the accuracy of its voter rolls after CBS4 learned the office mailed postcards urging some non-citizens and dead people to go online and register to vote. Karen Anderson says she opened her mail about a week ago to find one of the postcards. It was addressed to her mom…

“I don’t know where they’re harvesting names from but (they’re) doing it without obviously doing any kind of check,” said Anderson.

There’s the lede, and here’s the end of the story:

Anderson wrote a letter to the Secretary of State’s Office last week asking why it mailed a postcard to her dead mother. She says she still hasn’t heard back, “You hear about them trying to register dead people but I never really thought I’d see it.” [Pols emphasis]

And with that, Shaun Boyd has just wrote a story guaranteed to go viral on conservative media, which it already is this morning–reinforcing an alternate reality promoted by Donald Trump in which Colorado’s mail ballot election system is ripe for/rife with fraud. But is there anything actually problematic happening?

Deeply misleading story. This is an info mailer, doesn’t mean anyone who shouldn’t vote is going to. There’s zero scandal here. https://t.co/6g3BVY7FTg

Misleading story: this is a postcard of general election info, not a reflection of “our voter rolls”. The postcard about voter registration clearly states that a person must be a citizen, 18 years old, and reside in CO for 22 days by the next election to register to vote.

The first paragraph of Boyd’s story states that “Colorado Secretary of State’s Office is defending the accuracy of its voter rolls.” The problem with this is that the mailing list for this post card didn’t come from Colorado’s voter rolls at all. It was derived from a variety of public sources of information, intended for people who are not registered to vote, and does not change any of the requirements to register to vote like being a live U.S. citizen. It’s literally the first line of the voter registration form in Colorado:

It’s true that the voter registration form in Colorado does not expressly ask if you are, you know, dead. The presumption here, we believe being reasonable people, is that that dead people can not fill out voter registration forms, therefore anyone attempting to register a dead person to vote is already committing a crime.

This is the sort of garbage mischaracterization of uncontroversial reality that normally gets reported by a right-wing blog or faux news site, makes its way around the conservative media echo chamber, and then is either brushed off or debunked with gusto by responsible media as an example of election misinformation. Unfortunately in this case, the misinformation is being put out under the banner of a major local media outlet. Whatever that means for CBS4 Denver’s credibility in the future, it’s hugely problematic today.