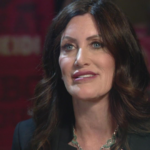 One of the principal arguments from Republican talking heads furiously sounding the alarm over ads paid for by liberal groups targeting Republican primaries is that the candidates being promoted by these efforts are “unelectable” compared to the brass-backed candidates. In what seems like a frank acknowledgment that the issues nearest and dearest to Republican voters like abortion and re-litigating the 2020 presidential election are toxic in the general election, Republican opinionmakers and consultants are asking their voters to set aside their agenda in favor of “candidates who can win.”

Well, new polling–so new the full details haven’t been released–from Global Strategy Group of Colorado voters may be about to put a big dent in that conventional wisdom:

In the Gov race:

In the Senate race: 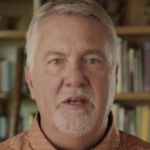 These poll numbers show Greg Lopez outperforming Heidi Ganahl in a head-to-head matchup against incumbent Democratic Gov. Jared Polis, much the same as Danielle Neuschwanger outpolled Ganahl in a head-to-head from the last GSG poll. In the Senate race, both Joe O’Dea and Ron Hanks perform equivalently against incumbent Sen. Michael Bennet–which perhaps doesn’t give Hanks quite as much to celebrate as Lopez, but still a result that effectively refutes the arrogant presumption from O’Dea’s supporters about their relative electability.

Assuming these numbers are accurate, it’s a huge credibility blow to the recent pushback against Democratic-aligned ads boosting so-called “unelectable” candidates. Ganahl being outperformed by Lopez against Polis, confirming the weakness shown in previous polling, is another sign that outside a few consultants being paid to promote Ganahl, she is totally failing to resonate with voters.

As for O’Dea, he’s got more money to control his fate–but what O’Dea doesn’t have is a message for Republican voters that beats Ron Hanks’ message. If anything, O’Dea is even more vulnerable than Ganahl to being upstaged on his right due to his issue stands authentically repellent to Republican voters.

Again, it doesn’t matter whether the reason is one candidate’s strength or the other’s weakness. In 2022, Republicans don’t have frontrunners in their two top statewide primaries. They have what could be the weakest “establishment” picks in years, up against grassroots opponents with a better chance than anyone gave them credit for.

And that is why Bill Owens is so unhappy.