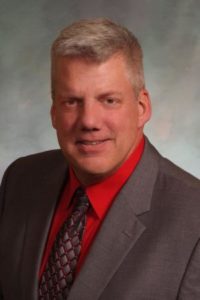 State Rep. Ron Hanks is the center of gravity in the race for the Republican Senate nomination. We’ve said it in this space for months. In fact, we weren’t particularly surprised when Hanks ended up making the June Primary ballot at the State Republican Party Assembly in April (though we were surprised that he was the only Republican to make it through the assembly process).

The June 28th Primary Election will come down to Hanks and little-known Denver businessman Joe O’Dea, but some folks are already looking ahead to the General Election.

As The Colorado Sun reports:

…The ad spending in the gubernatorial and U.S. Senate contests alone is at least $1.5 million, according to contracts filed with the Federal Communications Commission through Tuesday that were analyzed by The Colorado Sun. The ads, which are running statewide, began airing Tuesday and some are scheduled to last through June 28, Election Day. It’s likely the spending is even higher, as many TV stations don’t file contracts immediately.

In Hanks’ case, the new ad from “Democratic Colorado” hammers the Cañon City Republican for being “too conservative” for Colorado. There are a number of reasons cited by this ad, including Hanks’s outspoken belief that the 2020 election was stolen and his far-right position that all abortions should be outlawed:

Republican supporters of O’Dea are crying foul about “meddling” in their terrible Primary Election, while at the same time allowing that the tone is “perfect.” Here’s former State Senator and GOP activist Greg Brophy:

Democratic-leaning groups probably DO prefer Hanks to O’Dea in a General Election matchup, but who could blame them? You could just as easily argue that supporters of incumbent Democratic Sen. Michael Bennet are trying to get a jump on the General Election by targeting the Republican (Hanks) who is arguably the favorite in the June 28th Primary Election. Republicans aren’t exactly making a strong case for O’Dea, as they only recently seemed to figure out that Hanks has the ear of the GOP base.

More strategic-minded Republicans have long been concerned about Hanks, worried that he is not the GOP’s best candidate in a General Election. Yet these Republicans made little effort to stop Hanks from winning topline on the Primary ballot. As we wrote back in January:

It’s not a mystery as to how someone like Hanks could end up at the top of the pile in a U.S. Senate Primary. The Colorado GOP has been playing footsie with Trumpers and “Big Lie” adherents ever since Election Night in 2020. The Republican frontrunner for governor, Heidi Ganahl, is so terrified of angering the Trump base that she won’t even answer straightforward questions about the legitimacy of the 2020 election.

Most of the top elected officers in the State Republican Party believe that the 2020 election was fraudulent. Those who disagree have generally refused to admit as much in public out of fear that Colorado Trumpists will turn on them. In early 2021, then-Republican Party Chair candidate Kristi Burton Brown (KBB) said flatly, “The Republican Party will never go back to the pre-Trump era.” She said this, in part, because she wanted “Big Lie” adherents to vote for her…and they did.

The analogy we made at the time still holds: If you keep feeding a stray cat, you can’t rightly get irritated later when that same cat keeps showing up on your porch. 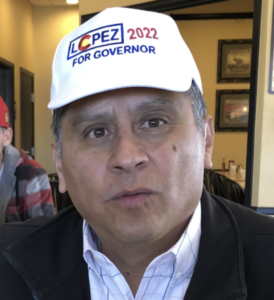 Ever since November 2020, Colorado Republicans have encouraged “Big Lie” conspiracy theorists because they wanted to capture that “momentum” for their own purposes later. As it turns out (duh), those people wanted to support a candidate who shared their belief in the “Big Lie.” The State GOP could have squashed all this after Jan. 6, 2021, but they didn’t…and now they’re stuck with the results and blaming others for the fact that nobody is paying attention to Joe O’Dea instead.

The same thing is happening in the race for Governor, where Greg Lopez won topline on the Primary ballot after promising to pardon embattled Mesa County Clerk and Recorder Tina Peters if he is elected in November. Lopez is probably going to be the GOP nominee for Governor because of his “Big Lie” support and because Heidi Ganahl might be running the worst campaign in the history of Colorado. This scenario isn’t playing out because Democratic-leaning groups decided to run a television ad in June 2022.

Republicans opened the door for electoral problems in 2022 by encouraging their base to keep talking about the “Big Lie.” If they didn’t want Hanks or Lopez to be their nominees for Senate and Governor, respectively, then they should have done something about it a long time ago.