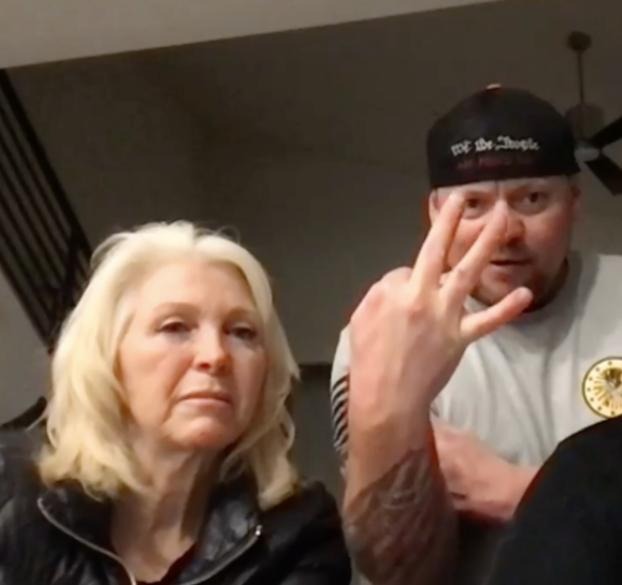 As the Grand Junction Sentinel’s Charles Ashby reports today, the criminal investigation into Mesa County Clerk Tina Peters and several associates for wire fraud after a breach of election system security that resulted in the leak of proprietary data to far-right conspiracy theorists continues following FBI search warrants executed last month. While we await the results of that investigation, the uneasy calm in Mesa County has been punctuated by further escalation of the rhetoric employed by Peters’ defenders.

It’s getting close enough to overt threats of violence that Mesa County’s all-GOP Board of Commissioners is “beefing up” security at county offices:

As a result of threats uttered in a recent Zoom meeting between several of them, including Mesa County Clerk Tina Peters and Garfield County resident Sherronna Bishop, the county is in the process of beefing up its security just in case.

Some of the conspiracy theorists who where on the call said that if the government doesn’t back off on its “tyrannical” approach to investigating Peters, Bishop and others allegedly involved in breaches of election security protocols, violence may ensue.

“I have no desire whatsoever for violence, but I promise you the people in the country are not going to go down,” [Pols emphasis] said retired Air Force Col. Shawn Smith, who has been working with Bishop, Peters and others in pointing out alleged voter fraud, to which they continue to offer no solid evidence.

“They’ll either recognize their limits under the law and this will be walked back, or it’s going to get very dangerous, and it’s going to be dangerous all around,” Smith added. “I hope it doesn’t come to that, but if they think this is going to end in surrender from the people, they’re all wrong about that.”

“We will come to our senses and defend our constitutional republic, or we will go down fighting against a communist regime,” Bishop added. “But I definitely will not live on my knees and I know none of you will either and I will never be intimidated no matter what Gestapo tactics they are using.”

In response to this increasingly bellicose rhetoric, which can only be expected to get worse if and when criminal charges are brought against Peters and her co-conspirators, the Mesa County Sheriff’s Office has been working with the Board of Commissioners to improve security. Those efforts may get stress tested today by a “Truth and Justice Rally” at the county courthouse. This rally could become a bit awkward for the county sheriff’s office, since as Ashby reports, Peters’ supporters intend to ask the Mesa County Sheriff to arrest District Attorney Dan Rubenstein as one of their boxes checked off before starting the revolution. 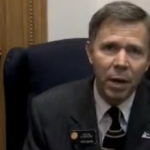 We of course fervently hope that none of this threatened violence actually takes place. We’re obliged to note, however, Peters’ misguided cause has now gained the support of former Colorado Sen. Kevin Lundberg, the highest-ranking Colorado Republican yet to validate this alleged criminal conspiracy:

Former state Sen. Kevin Lundberg, a Loveland Republican known for his far-right beliefs who also was on the call, told participants they are not alone in their efforts.

“This sort of thing is happening in a lot of states,” he said. “It ought to be happening in all 50. Keep on pressing forward and recognize that this is a momentum that’s building across this nation.”

Where does it end? Most likely in court, where all of this unfounded nonsense evaporates upon arrival like that teensy bit of snow Denver got a week ago. Unfortunately, the “reality-based community” that you and we and the courts all live in is now not just untrustworthy to the “dead-enders” who will not accept that Donald Trump lost the election, but their sworn enemy.

The question is how bad it gets before the end we can all see coming.