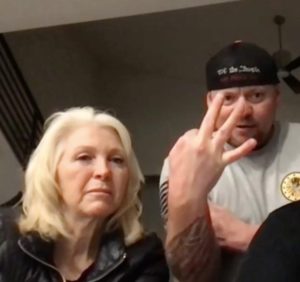 As the Glenwood Springs Post-Independent’s Ray Erku reports, the former campaign manager of freshman GOP controversy aggregator Rep. Lauren Boebert, “America’s Mom” Sherronna Bishop, is complaining loudly about the FBI’s pre-dawn visit to her and Mesa County Clerk Tina Peters’ homes last week–and in the process disclosing new details about the criminal investigation into the leak of Dominion Voting Systems election machines data to fringe conspiracy theorists, in a half-baked and failed (emphasis ours) attempt to prove fraud in the 2020 presidential election:

“While homeschooling my youngest children, the FBI along with Mesa County Investigator Matthew Struwe decided it was necessary to bust open my front door with a battering ram and put me in handcuffs while they trampled through my home terrifying my family,” she said. “My daughter was pulled around by her hoodie by one of the FBI agents.” 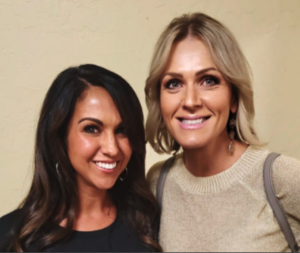 This is not what Bishop told CBS4’s Rick Sallinger, who reports that Bishop was told the search was related to potential federal wire fraud charges–for the first time clarifying the FBI’s interest in the case:

Bishop recalled, “Just as we were about to open the door it flew open. They had used a ram to bust down the door.”

She says the door wasn’t locked. Bishop, a former campaign manager for Rep. Lauren Boebert, says she was told the search was part of a wire fraud investigation. [Pols emphasis]

Bishop, a former campaign manager for Republican Rep. Lauren Boebert, said law enforcement officers busted through her door during the search of her home, and she compared them to Nazis.

She said the search warrant was related to a charge of “conspiracy to commit wire fraud.”

…She said the investigation is part of pushback against people who question election integrity, critical race theory being taught in schools, “comprehensive sex education” and mask mandates in schools.

To summarize, “America’s Mom” wants you to believe that she and Clerk Tina Peters are being persecuted by the FBI as part of an ongoing campaign to oppress opponents of critical race theory, sex ed, and kids wearing masks–not to mention “hickerbillies” (a word Bishop herself gifted to us and we’re eternally grateful for it) who believe despite the lack of any actual evidence that the 2020 presidential election was not legitimate.

So, maybe that. Or maybe it’s a federal crime to send stolen data across the internets.

We’ll update when we know for sure, but the latter makes a bit more sense.