UPDATE: In a Facebook post this morning, a ‘heartbroken’ Sherronna Bishop responds to Rep. Lauren Boebert’s praise for the Mesa County DA:

The Mesa County DA overseeing this Warrant
“Acted in a professional and responsible way”
Says Congresswoman Lauren Boebert
Huh. Unprecedented action busting a door down, guns drawn, handcuffing a mother in front of her children then going through my home and taking my electronics.
I have ZERO criminal history
I have ZERO violent history.
All things the use of force by the FBI are reserved for.
I have also not spoken with or been interviewed by the Congresswoman.
Breaks my heart.

The faithful are greatly dismayed: 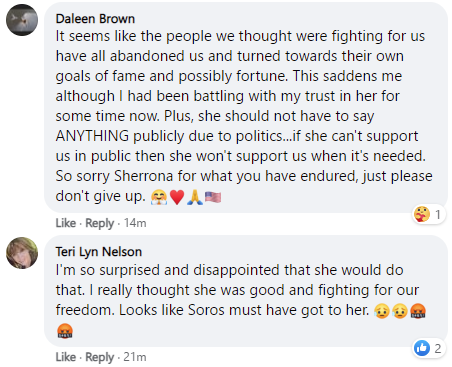 Folks, they’re talking about Lauren Boebert. Let that sink in.

This is a fateful moment in Boebert’s short political career. 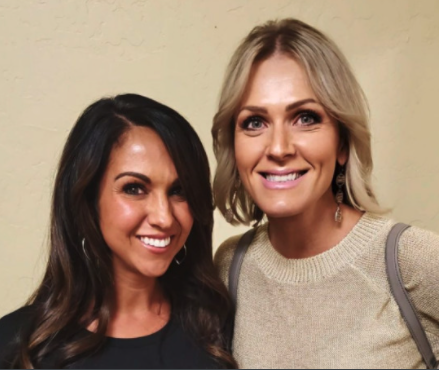 The Grand Junction Sentinel’s Dale Shrull updating with a significant development in the ongoing federal criminal investigation into the “MesaGate” election systems data breach, allegedly committed by Mesa County Clerk Tina Peters with assistance from Rep. Lauren Boebert’s former campaign manager Sherronna Bishop and a range of far-right players including “MyPillow Guy” Mike Lindell and the man believed to be behind the “QAnon” conspiracy theory–easily the craziest story in Colorado politics this year, which is no mean feat.

After months of stone-cold silence while these friends and close political allies of Boebert have come under criminal investigation, fled into hiding and re-appeared, defending themselves by claiming as Boebert has herself said innumerable times that the 2020 election was stolen from Donald Trump and every law they broke was to prove it (even though they did not prove any such thing), yesterday Rep. Boebert announced they she had received a “briefing” from Mesa County DA Dan Rubenstein about the case:

“Many of the constituents I represent have expressed concern about the ongoing investigation into Mesa County Clerk and Recorder Tina Peters. At my request, I recently received a briefing from District Attorney Dan Rubinstein,” the statement said. “He addressed my concerns about the involvement of the FBI and the absolute necessity for the presumption of innocence to be extended to all of those being investigated.”

Boebert said she has been an opponent of the “overreach and targeted nature of the FBI’s activities on a national level” in the past, and that was one reason she spoke to Rubinstein.

“It was clear from our conversation that the District Attorney is being responsible in his approach and conducting his work in as timely and professional a manner as possible, as well as providing local oversight of the FBI’s role,” her statement said. 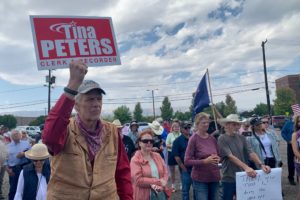 Given Boebert’s close ties to at least one of the individuals whose homes were searched by the FBI and local law enforcement last week, her former campaign manager Sherronna Bishop, this “briefing” Boebert received from DA Dan Rubenstein could be considered highly inappropriate–for Boebert to request and for DA Rubenstein to grant. Boebert’s trashing of the FBI for its “targeted activities” is a clear shot at the investigations into the January 6th insurrection and far-right militia groups for which Boebert has a well-known affinity.

But interestingly, as you can read above Boebert came away from her meeting with nothing but praise for DA Rubenstein and an affirmation of his methods in the investigation so far–seemingly a huge blow to her erstwhile friends complaining about “large teams of heavily armed federal agents” smashing their way into the homes of any American who dares to oppose critical race theory and sex ed. Also and perhaps just as noteworthy is how Boebert doesn’t even touch the underlying question once central to her message, which is the belief despite any evidence that the 2020 elections were stolen from Donald Trump.

Boebert’s roaring silence as the scandal in her backyard involving some of her closest political allies has grown into national news has always struck us as indicative of a bigger story behind the scenes. Wading into the scandal via the politically-friendly district attorney in the case could be yet another serious ethics problem for Boebert.

On the other hand, if Boebert really is cutting her old friends loose…that’s huge news too. After all, we’re talking about Boebert’s core base of support in CD-3. If Boebert demoralizes the hard-right Republican base by leaving Clerk Peters and her alleged co-conspirators to twist in the wind, who does Boebert have left in her corner to stave off a primary challenge?

Watch this space for updates. We expect them.