Get More Smarter on Friday (Sept. 17)

On this day in 1985, hockey player Alexander Ovechkin was born. Please celebrate responsibly. Let’s Get More Smarter. If you think we missed something important, please include the link in the comments below (here’s a good example). If you are more of an audio learner, check out The Get More Smarter Podcast. And don’t forget to find us on Facebook and Twitter.

Mesa County Clerk Tina Peters appeared at an event in Grand Junction on Thursday night, vowing to fight investigations into her office, chastising the Colorado Secretary of State and asking supporters for donations to fund her legal defense.

“I’m so happy to be home. This is where my heart is and this is where we’re going to take back America,” Peters told a crowd gathered at Appleton Christian Church.

The event, which was livestreamed on the Stand For The Constitution Grand Junction Facebook Page, was billed as a “Stand With Tina” rally and featured a handful of speakers. It was Peters’ first public appearance in Grand Junction after an investigation into her office was announced in August….

…In addition to detailing a website where supporters could contribute to her defense fund, standwithtina.org, Peters also explained some of the events that led the clerk to allegedly tamper with county voting machines, prompting an investigation by the Secretary of State’s Office as well as the District Attorney.

Peters said after the 2020 election, she received calls and emails from hundreds of residents who believed the election was illegitimate, and she began investigating those claims on their behalf.

That’s right. Despite being under investigation by the Colorado Secretary of State’s office, the Mesa County DA, the Colorado Attorney General, and the FBI, Peters is back in town and soliciting donations to assist her legal defense for a crime she willingly committed.

► Republican gubernatorial candidate Heidi Ganahl doesn’t want to answer questions about whether the 2020 election was legitimate (SPOILER ALERT: It was), but as she is learning, every major media outlet in Colorado absolutely DOES consider this to be a litmus choice sort of question for candidates seeking public office in 2022.

► As Jason Salzman of The Colorado Times Recorder writes, the ongoing Republican civil war in Colorado could have major implications as soon as this weekend. Colorado Republicans may vote to opt out of Colorado’s open Primary system so that right-wing activists can more easily control who wins the GOP nomination for any particular office. Many more moderate and rational Colorado Republicans are pleading with their base to not commit what many believe would be political suicide. Here’s more on what might happen Saturday from Axios Denver and The Colorado Sun.

Fox 31 News has more on the response to the AG’s report from the Aurora police officers’ union. The Aurora Sentinel, meanwhile, details the problematic staffing troubles facing the APD:

A record number of Aurora police officers have left the department so far this year, surpassing the number of departures in all of 2020 and further straining an increasingly lean agency, according to data presented to Aurora city council members this week.

A total of 96 officers have parted ways with the Aurora Police Department so far in 2021, with another two staffers expected to split by week’s end, Deputy Chief Darin Parker told members of the council’s public safety policy committee Sept. 16…

…The number of exits among APD ranks through the middle of September already dwarfs totals from last year, when 87 officials left Aurora police — a 61% increase over 2019.

► The White House is warning that Congressional Republicans are flirting with a debt limit disaster.

► As Westword reports, the CDC thinks that 62 of Colorado’s 64 counties should have mandatory mask requirements.

…Accepting the voluntary spending limits may be a tacit acknowledgement from Ganahl’s campaign that she’s expecting significant outside support.

But such a PAC could easily make up the spending that Ganahl won’t be able to do. Republican outside groups spent $14.5 million in the 2018 Colorado gubernatorial contest, while Democratic groups spent $10.5 million.

► The Washington Post reports on a new climate warning from the United Nations:

The United Nations warned Friday that based on current action plans submitted by 191 countries to curb greenhouse gas emissions, the planet is on track to warm by more than 2.7 degrees Celsius by the end of the century.

The findings come as President Biden gathered the world’s biggest emitters to the White House Friday to try reach an agreement among some of them to cut methane — a potent greenhouse gas — 30 percent by 2030.

The U.N. report offered good and bad news as it synthesized the latest projected emissions by individual countries, as forecast in their “Nationally Determined Contributions” (NDC) reports.

So far, 113 parties to the U.N. climate accord, including the European Union’s collective of 27 countries, have submitted 86 new, updated and often more ambitious projections. Together these nations account for about half of total emissions. If they carry out their current plans, they are on track to produce a 12 percent reduction in heat-trapping gases in 2030 compared to 2010.

But taken as a whole, the 191 nations that are parties to the U.N. climate accord would contribute a 16 percent increase in greenhouse gases in 2030 than 2010.

► Congressperson Lauren “Q*Bert” Boebert (R-ifle) seems to spend an inordinate amount of time in places outside of her Congressional district or her Washington D.C. office.

Boebert was recently in Texas shouting about the Second Amendment.

► Two Colorado Members of Congress are encouraging the federal government to create a text messaging option for the national suicide helpline.

► As Fox 31 news reports, Colorado will assist in resettling some 800 Afghan refugees here in our state.

► As Ernest Luning reports for the publication formerly known as The Colorado Statesman, former Secretary of State Mike Pompeo will come to Colorado in October to headline a fundraiser for…Rep. Doug Lamborn?

► The Denver Post elaborates on the attire worn by Gov. Jared Polis and First Dude Marlon Reis for their wedding on Wednesday.

► The Colorado Times recorder reports on disturbing new political discourse from a Catholic leader in Colorado:

A Colorado Catholic Church official is urging conservatives to run for local school board elections to fight critical race theory, LGBTQ+ inclusivity, and other issues that he said make schools a “warzone.”

Kilgannon is a Senior Fellow for Education Studies at the Family Research Council (FRC) and former Director of the Office of Faith and Opportunity Initiatives at the Department of Education under former U.S. President Donald Trump

FRC has been designated a hate group by the Southern Poverty Law Center (SPLC) for defaming the LGBTQ+ community “based on discredited research and junk science.” FRC describes itself as “a nonprofit research and educational organization dedicated to articulating and advancing a family-centered philosophy of public life” and a “biblical worldview.”

Bennet is the Vice President of Parish and Community Relations at Catholic Charities of Denver, the philanthropic arm of the Denver Archdiocese. He’s also a prominent anti-abortion advocate who helped lead the campaign to pass Proposition 115, a 2020 ballot initiative that would ban abortions at 22 weeks of pregnancy in Colorado.

► Denver school board member Tay Anderson expects to be censured by fellow board members today.

► Robert Dear, the suspect in the 2015 shooting at a Planned Parenthood clinic in Colorado Springs was deemed by a federal judge to be mentally incompetent.

► POLITICO reports on the latest round of GOP Primary endorsements from former President Donald Trump. 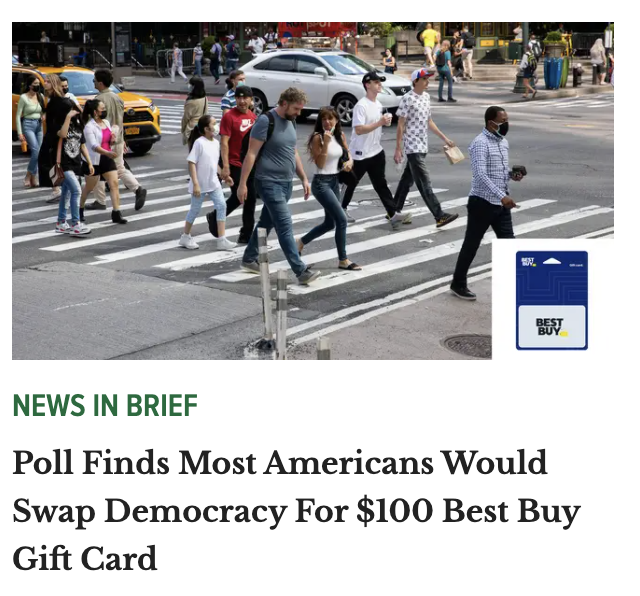 ► Worth keeping here for another day: 1 out of every 500 residents of the United States have now died from COVID-19.

► As Jamelle Bouie of The New York Times reminds us, there’s no debunking claims of voter fraud because the people who believe in it aren’t interested in facts or logic.