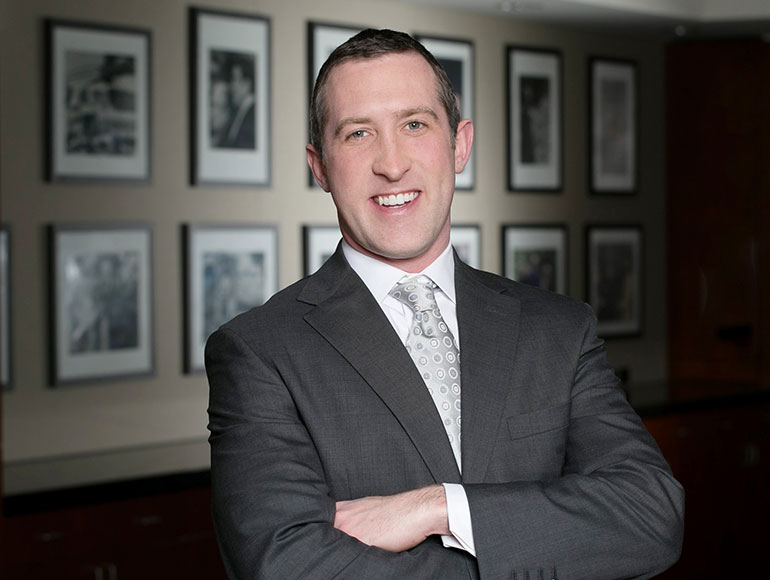 A prominent attorney and legal advisor to the state Republican Party told conservative talk radio listeners last Saturday that GOP activists could potentially mount a legal challenge to a requirement in state statute that in order for Republicans to opt out of the primaries, 75% of the governing body of the state party must vote in favor.

Christopher Murray, a Republican attorney with the law firm Brownstein Hyatt Farber Schrek, appeared on KNUS‘ George Show, to discuss the likelihood of achieving the high bar for opting out, the viability of a legal challenge, and some of the parameters of the opt-out vote.

“Both major political parties have the ability to opt out of Colorado’s primary election,” explained Murray, professing neutrality on the topic. “Now, I’m going to say ‘have the ability.’ It is a hard thing to do, right? So, … I think folks who are for this would probably say, ‘But man, is the deck stacked against us!’ … Seventy-five percent of the total number, total voting members of the state central committee have to vote for an opt out. If they do that, and they do that before October 1 of this year … then the Republican Party at all levels is out of the primary election and chooses its candidates by convention.”

Murray said that GOP bylaws dictate that a vote be taken by the central committee every two years on whether to opt out of the primaries. The motion failed in both 2017 and 2019, illuminating the “Herculean task” faced by opt out supporters, as Murray characterized it.

In order to vote in person, many committee members will have to travel long distances to Pueblo for the Sept. 18 meeting.

However, proxy votes will be allowed to accommodate those who are absent, according to Murray, presumably within certain qualifying parameters.

[Three hundred and seventy-five votes are required] either in-person or by proxy, unless — unless — you don’t have 75% of the committee in attendance, right? Because if the vote won’t work, then there’s no reason to have the vote,” said Murray on air. “So far, — and the two times we’ve tried to do it, there have not — and when I say ‘tried to do it,’ I just mean ‘try to have that vote’ — there has not been 75% of the committee in attendance.

Even with proxy votes being allowed, the 75% standard is viewed by some as unreasonably burdensome to meet, and therefore possibly unconstitutional.

Show host George Brauchler, a GOP executive committee member who has opined publicly against opting out of the primaries, then inquired about the possibility of a legal challenge.

“Without weighing in on the on the validity of the argument or how it would do it, could this be a prelude to what you sort of hinted at earlier, which is, it is set up to be nearly impossible to achieve?” asked Brauchler. “Is there a legal… attack for the process? — saying , ‘It’s unconstitutional, because whether you said 75% or 80% or 100%, it all functions the same. There’s no way to undo this.'”

In his response, Murray pointed to a stipulation that a simple majority vote — not the 75% required for approval — might be needed to legitimize a legal challenge.

But the simple majority vote could only be rendered if a quorum is met, which would require 75% of the membership or their proxies in attendance at the Sept. 18 meeting.

“Yeah, so that is the $64,000 question,” Murray said. “And I think there probably is. I mean, it’s a close thing. [A] totally open primary, the Supreme Court said that’s a thumbs up. So, you can do that. But here, where you’re leaning on the party infrastructure — like, Colorado made the choice, ‘We don’t want a [completely open] primary. We still want major political parties, and we want … separate primary elections.’ There may be a challenge there. But I think to set it up, the first thing that would have to happen is you’d have to have at least a majority of the central committee to say, ‘We want this.’ Right? So, now you’ve got a majority of the decision-making body of the party saying, ‘Give me that convention! That’s how I want to nominate.’ But you’re short of the 75 percent. Yeah, there might be an avenue there.”

It is unknown whether a legal challenge would initiate an injunctive action by the courts. Possibilities include a stay, or a legal delay, by which the court would halt legal proceedings while awaiting subsequent events or outcomes. A temporary restraining would be a short-term delay on any legal action until a hearing is completed.

Any judicial order of injunction for relief would require consideration of the public interest on balance with the interests of the injured parties, or Republicans and unaffiliated voters in this case.

Since Proposition 108 was approved by all Colorado voters, an injunction in the case of a challenge to Proposition 108 or any part of it would be particularly complicated.

RELATED: Signs Point to Possible But Difficult Road to Victory for GOP Activists Who Want to Opt Out of Primaries

With only two weeks remaining before the Colorado GOP state central committee meets in Pueblo for their fall meeting, rival factions in the party’s leadership are entering the homestretch in their months-long efforts to lobby committee members to their side of the issue.

In previous motions to vote on challenging the Proposition 108, the Colorado GOP central committee declined, citing inadequate resources to bankroll the challenge.