Checking in as we periodically do on what’s promised to be a third recall campaign against Gov. Jared Polis, there’s a lot of chatter suggesting that another petition drive is in the offing at the end of the month. Readers will recall that the Recall Polis 2021 campaign has promised a 400% bigger effort than the 2020 recall campaign, which is good because Recall Polis 2020 was much less successful than the Recall Polis 2019 campaign was and…well, the math gets complicated but you get the idea. There’s just not much reason at this point to take any of this seriously.

Especially now that their “400% bigger operation” just doubled their workload: 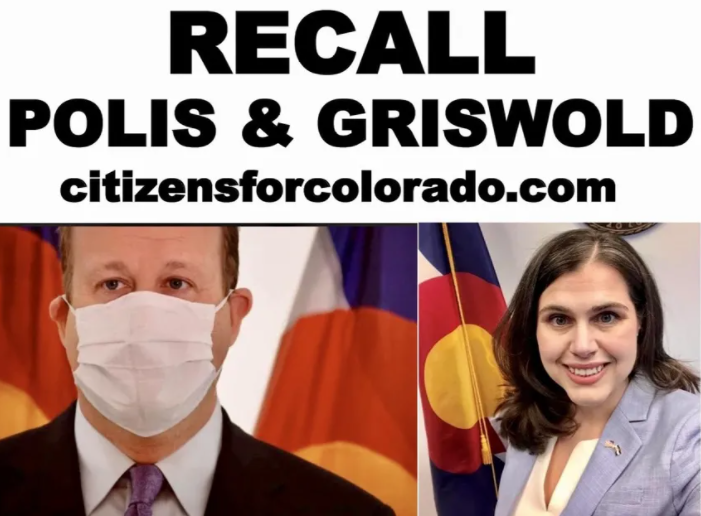 That’s right, folks! Rather than waiting for the general election at its regular allotted interval in November of 2022, this is now apparently a campaign to recall both Gov. Jared Polis and Secretary of State Jena Griswold. We haven’t seen the campaign’s list of grievances against Griswold specifically as of this writing, presumably Scott Gessler is still writing that up at his billable rate of $450 an hour. But to be clear, the signature requirement to qualify a recall question for the ballot against a sitting Secretary of State is the same as recalling Gov. Polis–and the previous two petition campaigns against Gov. Polis came nowhere close to the 630,000+ valid voter signatures required for a recall to move forward. We’ll never even know how far short the second effort fell because they never turned in their signatures to be verified.

As for why they decided to add Secretary of State Griswold, greatly increasing the logistical hurdle they’ve never once come close to successfully reaching for the much higher profile governor himself?

In the timeless words of Forrest Gump, “stupid is as stupid does.”