Here’s a look at the latest report of contributions and expenditures for the Official Recall Colorado Governor Jared Polis committee, as filed with the Secretary of State: 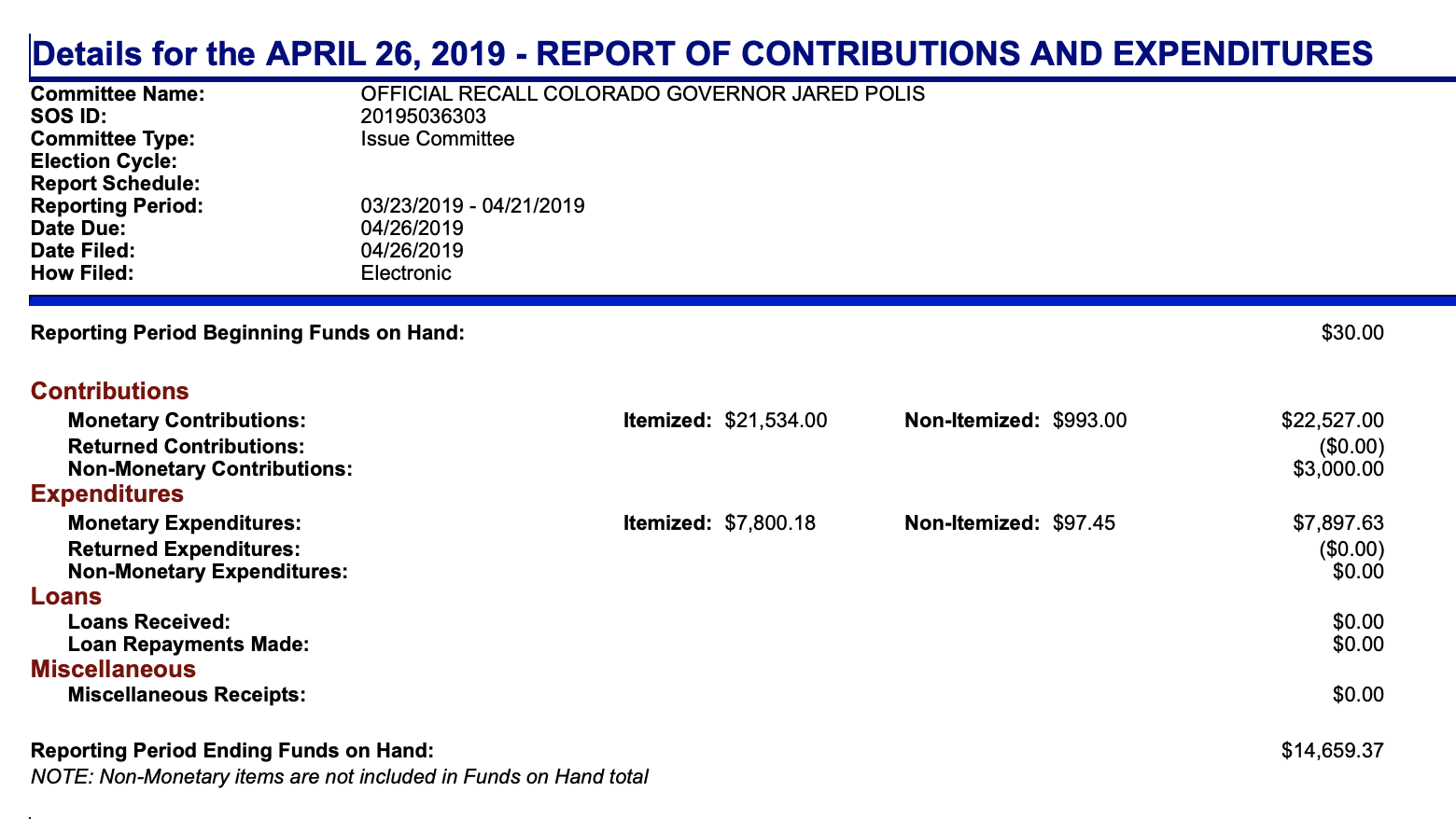 As you can see, committee has raised somewhere a little north of $20,000 so far, which is consistent with the total shown raised via the Independence Institute’s “Freedomfy” online fundraising website. As we’ve explained previously, the Independence Institute skims a 6% flat percentage cut off the top of all donations made through their platform, plus a 30 cent per-transaction fee–more than double the fees charged by GoFundMe which the campaign used before migrating to Freeedomfy. As of today, that means the $23,720 the committee has raised so far has netted $1423 in percentage fees plus $162.60 in transaction fees from 542 donors for the Independence Institute.

But looking at the expenditures from this period, Jon Caldara’s cut is just one piece of the action:

That’s right, folks! As of the latest expenditure report filed with the Secretary of State, the #1 expenditure of the Official Recall Colorado Governor Jared Polis committee is $3,000 to former Secretary of State Scott Gessler for legal fees. We wrote last month how the co-opting of this campaign by Caldara and Gessler represented a major shift in the focus of what is universally agreed to be an extreme longshot effort due to the unprecedented requirement to gather over 600,000 valid voter signatures–from a grassroots effort, at least nominally intended to actually go through with a recall, into a campaign primarily interested in grifting money off “low-information” conservatives riled up about unified Democratic control of state government.