Keeping tabs on what’s become a perennial distraction for Colorado’s more excitable far-right Republican whacktivists, the twice-failed but going for three campaign to qualify a recall question against Gov. Jared Polis for the statewide ballot. Next month, the Recall Polis campaign is back with 400% more…of everything! 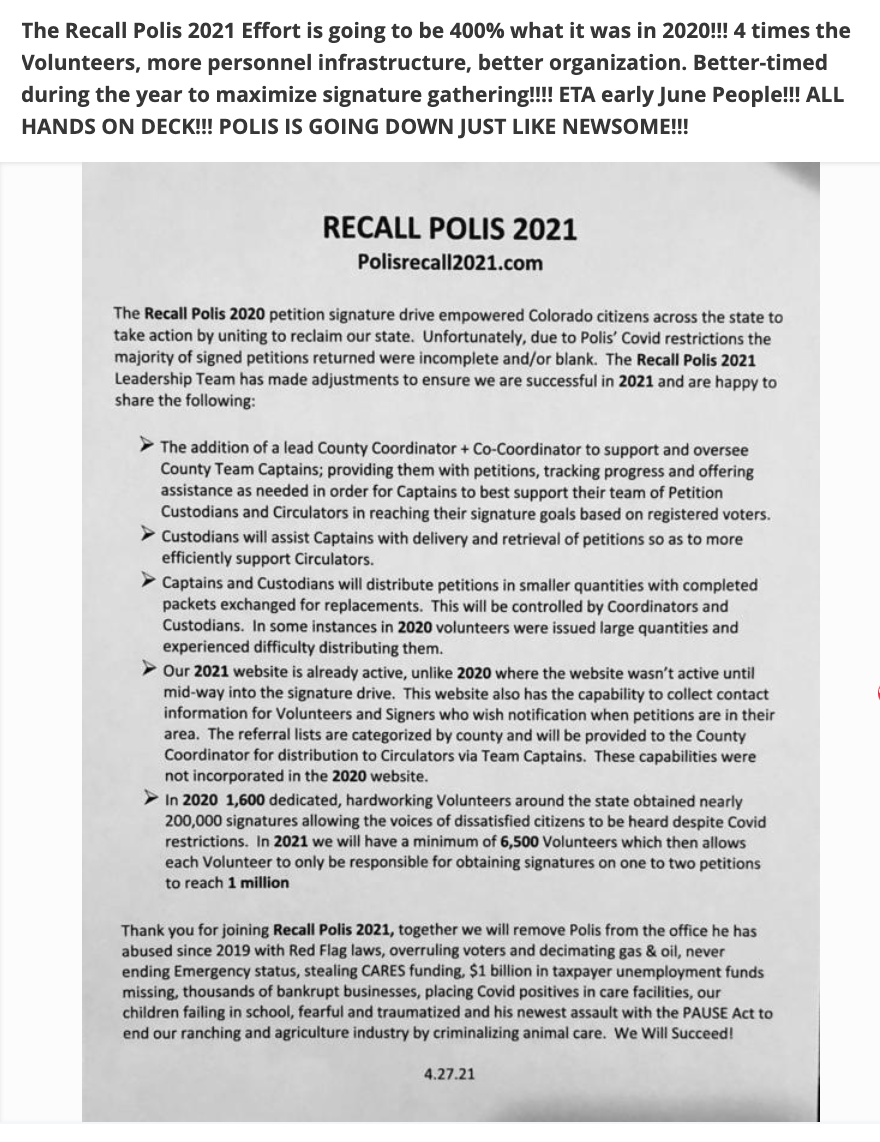 So, we don’t know who this “Newsome” fellow they’re talking about is, but to be clear once again California’s Gov. Gavin Newsom is facing what’s shaping up to be another historic clown show recall election in due to proportionately far lower required signatures to qualify relative to our two states’ population. Gathering 1.6 million signatures in a state of 40 million people is actually a much more attainable goal than in Colorado, where over 600,000 signatures are needed in a state with only 6 million residents.

But that’s not going to stop the Recall Polis 2021 campaign from trying, no doubt hoping a little bit of the energy from California’s recall circus will rub off on Colorado. There’s big money to be raised and paid out no matter what happens, which as we know from the previous two failed attempts is enough reason all by itself to have another go.

And above all, don’t be fooled by imitators–of which there are so very many:

So to recap, “Recall Polis 2021” is the only Recall Polis campaign you should send your welfare check to, definitely not to those ripoff artist bastards at “Recall JARED Polis 2021.” There are no “Friends of” the real recall campaign, the “Official Recall Polis” campaign is not official, and whatever you do do not donate to RecallPolis.com because they’re “fraudulently collecting donations.”