UPDATE #2: For emphasis, remember this NBC News story from 2013:

“I’m telling you right now: I will not obey this law,” declared Sen. Greg Brophy, R-Wray, of the bill limiting magazine sizes. “I will willfully and purposefully and civilly disobey this law.” [Pols emphasis]

There’s no claiming innocence today, folks. There were deliberate choices. 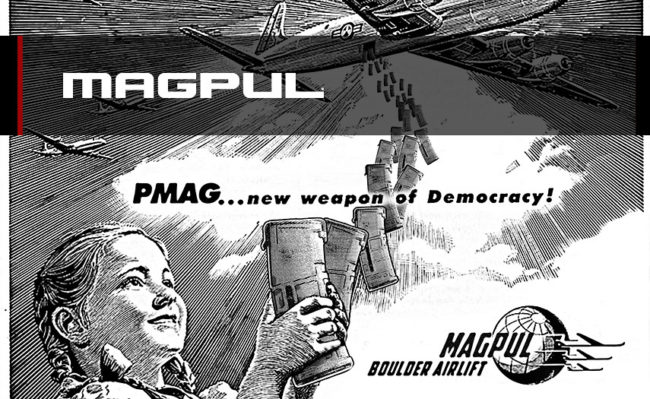 Colorado Public Radio’s Allison Sherry reports on dozens of new charges filed against the 22 year old Arvada resident suspected of carrying out the mass shooting at a Boulder King Soopers in March that killed ten people including a responding Boulder police officer:

An additional 19 people were named as victims in the new charges — including 11 responding police officers and sheriff’s deputies who engaged in a firefight with the gunman inside the store.

Prosecutors also added 10 additional charges alleging the gunman possessed an illegally large gun magazine, and used it in the fatal shootings. In Colorado, it is a crime to own or use magazines that hold more than 15 rounds — anything larger than that is considered a “large-capacity” magazine, which was banned by state lawmakers.

The Colorado Sun’s Jesse Paul answers the question you may now be asking–if high capacity magazines are illegal in Colorado, how did the Boulder shooter get one?

The alleged gunman was already facing 10 first-degree murder counts in connection with the shooting. Authorities say he used a high-powered AR-556 pistol that he had purchased legally.

Colorado lawmakers in 2013 banned gun magazines that hold more than 15 rounds in the wake of the Aurora theater shooting. They are still readily available, however, at Colorado gun stores. [Pols emphasis]

The 2013 15-round magazine limit was by far the most contentious of the gun safety bills passed that year, but it was passed based on very recent and painful experience from the 2012 Aurora theater shooting and the school shooting that December in Newtown, Connecticut–in which high-capacity magazines and AR-15 semiautomatic weapons gave the shooters the ability to kill far more people without having to pause. In Aurora, the shooter fired over sixty shots from his drum-equipped rifle into the theater audience before it mercifully jammed. At Newtown, a pause variously attributed to reloading or the weapon jamming allowed numerous children to escape.

On March 22, a single shooter using an “AR pistol” weapon ideal for killing people in close quarters like shopping aisles killed ten people in Boulder, some of them shot numerous times. And now we know the shooter’s weapon had a high capacity magazine that somebody sold him in either evasion or defiance of Colorado law.

We’ve applauded Colorado’s continuing leadership on gun safety legislation since 2013’s hard-won landmark reforms, including the 2019 “red flag” law and this year’s common-sense legislation to require guns be safely stored and reported when lost or stolen. But if we’re just going to let gun stores ignore a law on the books that could have saved lives in Boulder, and for that matter in Aurora in 2012…what kind of message does that send? “Enforce the laws on the books,” after all, is one of the most common rallying cries of the gun lobby.

It doesn’t have to be this way. Close the “parts kit” loophole, enhance the penalties, use state resources to prosecute gun dealers if the sheriffs refuse to do their jobs. This outrageous noncompliance with existing law is a direct threat to the credibility of any new gun laws and must be addressed. It’s ridiculous to suggest that we’re powerless as a society to make this small reduction in the ability for one deranged person to inflict disproportionate carnage.

And in the meantime, stop calling the gun lobby “law-abiding.” On this issue, they’re anything but.