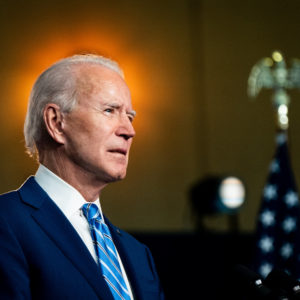 The Denver Post’s Justin Wingerter previewed a series of executive orders from President Joe Biden announced a short while ago this morning in response to recent mass shootings including the killing of ten people at a King Soopers supermarket in Boulder last month:

President Joe Biden’s administration will announce Thursday that it will further regulate a gun accessory allegedly used in the March 22 mass shooting in Boulder.

A senior administration official with knowledge of the coming executive orders said Wednesday that by early June, the U.S. Justice Department “will issue a proposed rule to make clear that when a device marketed as a stabilizing brace effectively turns a pistol into a short-barreled rifle, that firearm is subject to the requirements of the National Firearms Act.”

“As we know, the shooter in the Boulder tragedy last month used a pistol with an arm brace, which makes the firearm more stable and accurate,” added the official, who spoke on condition of anonymity.

In addition to this order to limit access to the specific configuration of AR-15 assault weapon used in the Boulder shooting, the Biden administration will also crack down on so-called “ghost guns,” guns fabricated at home using “finishing kits” and 3D printed parts to evade background checks. And in another nod to Colorado’s leadership on gun safety, the Department of Justice is being asked to draw up a “model” red-flag law to allow family members and law enforcement to temporarily take away guns from at-risk people like Colorado already has on the books.

In short, these are appropriate but limited actions that may nonetheless not satisfy the majority of the public in favor of stronger gun laws–but as NBC News reports they’re being characterized as just the beginning of a broader effort:

In a call with reporters Wednesday night, administration officials stressed that Thursday’s actions were just the first step and that Biden would still pursue legislative solutions to gun violence.

“This is an initial set of actions to make progress on President Biden’s gun violence reduction agenda,” one official said. “The administration will be pursuing legislative and executive actions at the same time. You will continue to hear the president call for Congress to pass legislation to reduce gun violence.”

As surely as we can predict another mass shooting tragedy, the debate over gun safety is far from over.