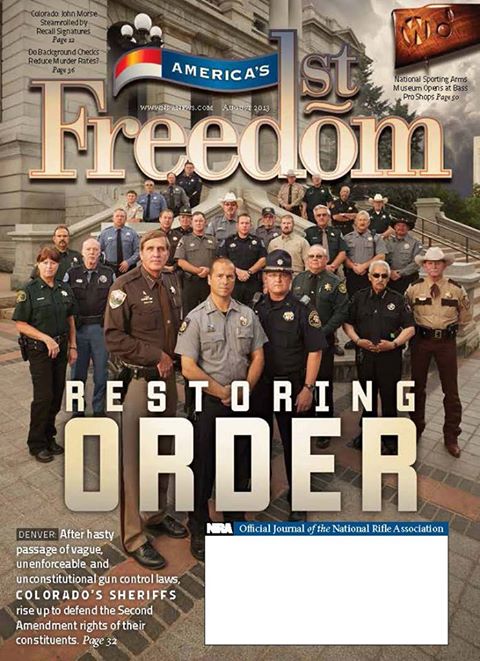 It’s been a big week of political news on the subject of gun control in Colorado, with two related storylines converging into what we expect will be the next big flashpoint in the 2020 session of the Colorado General Assembly–a renewed battle over the state’s 15-round limit on firearm magazine capacity, passed in 2013 in response to mass shootings in Aurora and elsewhere utilizing high capacity magazines to dramatically increase the toll of dead and wounded. In the July 2012 Aurora theater shooting in particular, a 100-round ammunition drum attached to an AR-15 type assault rifle–which only jammed after most of its capacity had been expended–was responsible for the majority of deaths.

Despite this, as the Denver Post reports, yesterday the Colorado Supreme Court heard arguments in Rocky Mountain Gun Owners’ lawsuit to overturn the magazine limit:

In arguments before the state court Wednesday, the groups’ lawyer, Barry Arrington, said that since the U.S. Supreme Court has found that the right to bear arms is a fundamental right, the state has a heavier burden to prove that the magazine limit is needed. He said they cannot meet that standard.

The law was passed in 2013, a year after the Aurora theater shooting, in an effort to limit the number of deaths in mass shootings. While large capacity magazines were used in the Columbine and Aurora shootings, Arrington said that have also been widely used by gun owners, with millions of them in existence when the law was passed. 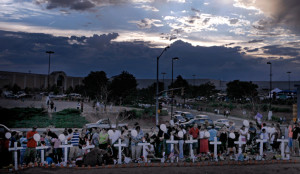 “The odds of you hurting more people is significantly higher than if you had to stop and reload. What’s crazy about that?” [Justice Richard] Gabriel asked.

“The evidence at trial was that two had been abused. Two magazines. Not two million. Two magazines had been abused in the state of Colorado. So, it’s literally the fact that the government is saying if it’s a one-in-a-million chance that one of these firearm components can be abused by a homicidal maniac, we get to ban them all.” Arrington said.

A ruling in this case from from the state supreme court isn’t expected this year, but legal experts we’ve talked to do not expect the magazine limit to be overturned in the courts. The U.S. Supreme Court has rejected numerous challenges to state and local gun laws in the last 10 years. The 2008 DC vs. Heller Supreme Court decision clearly dictates that reasonable regulations on guns are compatible with the Second Amendment.

So, that’s where the issue stands legally. But 9NEWS’ Zelinger also released this week and in-depth investigative report, Overloaded, which revealed a much more essential and troubling problem: Republicans in Colorado, from the General Assembly to the elected county sheriffs RMGO has helped put in power all over the state, have created a lawless environment where gun stores and gun owners are breaking the law with impunity.

Zelinger’s investigation uncovered two separate problems. The first is what gun stores are calling a “loophole” in House Bill 13-1224 allowing them to sell so-called “repair kits” for gun magazines which are in reality simply unassembled high capacity magazines. Solicitor General Eric Olson argued in court yesterday that there is no such loophole in the law, and it’s just as illegal to sell an unassembled high capacity magazine as a snapped-together one. That of course makes all the rational sense in the world, unless your intent is to find a way to violate the law.

In that case, we’d say that person should not be selling guns.

The second problem that Zelinger discovered in his investigation into high capacity magazine sales in Colorado is something we don’t think the legislature can solve with clarifying statutory language. Because it’s simply about gun stores disregarding Colorado law because they think their county sheriff won’t bust them.

Our investigation also found two gun stores, one in Weld County and another in El Paso County, selling the large-capacity magazines as though the law did not exist.
“We’re a sanctuary county, we don’t give a f—. We just sell everything as is, preassembled,” said an employee at Family Firearms Sales at 3882 Maizeland Road in Colorado Springs.

“We sell up to 60-round drums for the AR-15, 50-round drums for the .308 and the AR-10s, 75 rounds for the AK,” said an employee of Tacticool Arms at 928 13th St. in Greeley, the county seat for Weld County. “Our sheriff has openly stated he does not agree with the magazine ban, he believes it’s unconstitutional and will not enforce it.”

Zelinger quotes Weld County Sheriff Steve Reams explaining that no no no, he’s never told anybody that they can just ignore the magazine limit and sell them like the law doesn’t exist! But since the passage of HB13-1224 in 2013, Republicans and their county sheriff allies have made opposition to the magazine limit a central objective. Moreover, Reams and a host of county sheriffs have declared that they will not enforce the state’s new extreme risk protection order (ERPO) law–so it’s not difficult to understand how gun stores got the impression they could ignore the magazine limit.

Again though, if you’re this cavalier about the law, maybe you shouldn’t be a gun dealer.

The “parts kit” question may benefit from a legislative clarification, or it may just be a matter of the state pointedly clarifying to gun dealers what the law says. As for businesses who are simply breaking the law with real or imagined impunity, the most straightforward way to deal with them would be to lock them up. Or at the very least, never let them refer to themselves as “law abiding gun owners” again.

As we’ve suggested before, the politically-motivated refusal by some county sheriffs to enforce laws passed by the General Assembly faces a terrible reckoning. There will be a case soon after the ERPO law takes effect of a family member who tries to intervene in a suicide (or worse) planned by someone in their household, and will be rebuffed by a county sheriff who thinks he has the authority to cherry-pick the laws he enforces. When tragedy ensues that could have been prevented, the sheriff who allowed it to happen–and all the politicians who stood with him–will find themselves in a political crisis we wouldn’t wish on anyone.

This is no less true of the magazine limit. What the mag limit is intended to prevent or at least reduce, mass casualty shootings, is thankfully less frequent than the circumstances covered by the ERPO law. But to be the gun dealer who sold the high capacity magazine used in a mass shooting in open defiance of Colorado law should be no less of a life-altering disgrace.

In all cases, the status quo cannot go on forever. Either we enforce our laws, or the law means nothing.