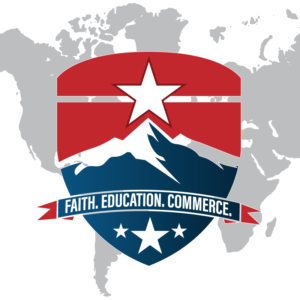 Ernest Luning of the Colorado Springs Gazette updates from Saturday’s meeting of the El Paso County Republican Party, where concerns about armed militia “guarding” the meeting did not materialize but the conspiracy theorist chair of the county party Vicki Tonkins was re-elected in a close and disputed election against former county commish establishmentarian Peggy Littleton:

Tonkins prevailed 147-140 over Peggy Littleton, a former El Paso County commissioner, at the county GOP reorganizational meeting at Victory Outreach Church, with a portion of voting members attending remotely over the internet.

“We will be appealing because of the unique year and the irregularities in this year, where people who could not show up in person chose to do it online and were apparently having difficulty with the link and balloting online,” Littleton said.

A seven-vote margin of victory is simply not enough to be comfortable in a party that overwhelmingly believes without evidence that the 2020 elections were rigged, and short of Rudy Giuliani stepping in for a little trial by combat it’s very unlikely that the “suits” wing of the party will ever accept Tonkins’ narrow win. Tonkins, as readers know, appears to have prevailed with the help of Twilight Zone-right organizing group FEC United led by election conspiracy theorizer Joe Oltmann. Although FEC United’s militia wing the United American Defense Force (UADF) did not in the end play a role in “security” for the event as had been feared in early news reports, there’s every reason to believe Tonkins working with the group to pack the party’s lower management with FEC United members was successful.

Assuming Tonkins survives whatever post-electoral scrutiny/chicanery that may ensue in the El Paso County GOP’s byzantine internal election process, it means the Republican Party organization in Colorado’s foremost conservative stronghold voluntarily retained a leader who described the COVID-19 pandemic as a “psyop.” Last fall, Tonkins was stripped of her spending and speaking privileges on behalf of the party due to repeated embarrassments, after which she filed an apparently bogus police report against several fellow Republicans.

Safe to say, there’s a lot left to be sorted out at the El Paso County GOP! This is an organization pretty far from ready for their prime time responsibility, winning elections. It’s a lucky break for El Paso County Democrats who need all the help they can get.