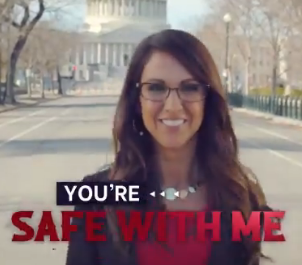 Rep. Lauren Boebert (R-Scaring the hell out of people).

The Denver Post’s Conrad Swanson follows up on yesterday’s odd suspension and then un-suspension of Rep. Lauren Boebert’s Twitter account, reported by Boebert herself via Instagram to be a week-long suspension but mysteriously lifted by the afternoon:

However, after a review, the social media platform’s staff determined they had ruled in error and instead flagged as disputed Boebert’s Jan. 9 tweet that falsely accused Democrats of rigging the 2020 election.

“In this instance, our teams took the incorrect enforcement action,” the spokesperson said in an email. “The Tweet will not be required to be removed and the account will not be temporarily locked.” 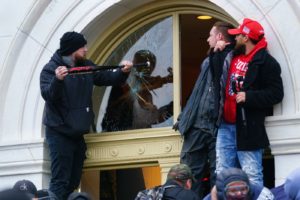 “[S]tanding up for the Constitution, not just in word BUT IN DEED!” – Rep. Lauren Boebert (R).

In the absence of an explanation from Twitter about what specific rules Boebert violated to earn her suspension, many including ourselves speculated that it was in response to Tweets during the storming of the U.S. Capitol last week that could arguably be considered valuable intelligence provided to the insurrectionists. But Swanson reports that Twitter had instead flagged a Tweet in which Boebert accused Hillary Clinton of “rigging the election,” and after subsequent evaluation Twitter apparently decided to lock that particular Tweet and restore Boebert’s access.

Our purpose today is not to second-guess the Twitter Rules or how they are enforced by that private company, though obviously in the wake of what seems to be a capriciously-applied policy readers are likely to have some reasonable questions about that. But based on what Boebert has been Tweeting since her account was restored, we can say pretty confidently that Boebert has in no way been chastened by the experience:

The future of the Republican Party is patriots who are unafraid to stand up for what’s right.

It is standing up for the Constitution, not just in word BUT IN DEED!

President Trump gave us the model for how to lead with backbone, let’s follow that going forward.

Boebert Tweeted this today, on the morning of January 14th, but the language seems more like a Tweet from before the insurrection, when the incitement to violence flowed freely. When Rep. Boebert says today a week after the U.S. Capitol was attacked that Republicans need to stand up for the Constitution “not just in word BUT IN DEED” (emphasis hers), what exactly does she mean by that? Does the next sentence “Donald Trump gave us the model for how to lead” provide any clues? Hopefully not, since Trump was just impeached yesterday for inciting a violent insurrection that killed five people.

It’s Boebert’s “1776”, folks. Like Twitter moderators, Boebert’s increasingly nervous colleagues in Congress, and the FBI itself, we’re just trying to sort out the bellicose rhetoric from the bonafide threats to public safety.

Rep. Boebert is not making that easy, and it’s discomforting to say the least.