A group of people protested outside of a restaurant in Lyons after the state seized its liquor and suspended its license to serve it over the weekend. The Colorado Department of Revenue says the Lyons Den Restaurant and Taphouse continued to operate with indoor dining despite several warnings and Level Red restrictions.

On Friday, the restaurant posted to its Facebook page saying it will not give up and “won’t be bullied.”

The owner says the Monday protest is meant to be peaceful.

Over at the still-30,000 strong Recall Polis 2020 Facebook group, the Lyons Den protest was warmly received: 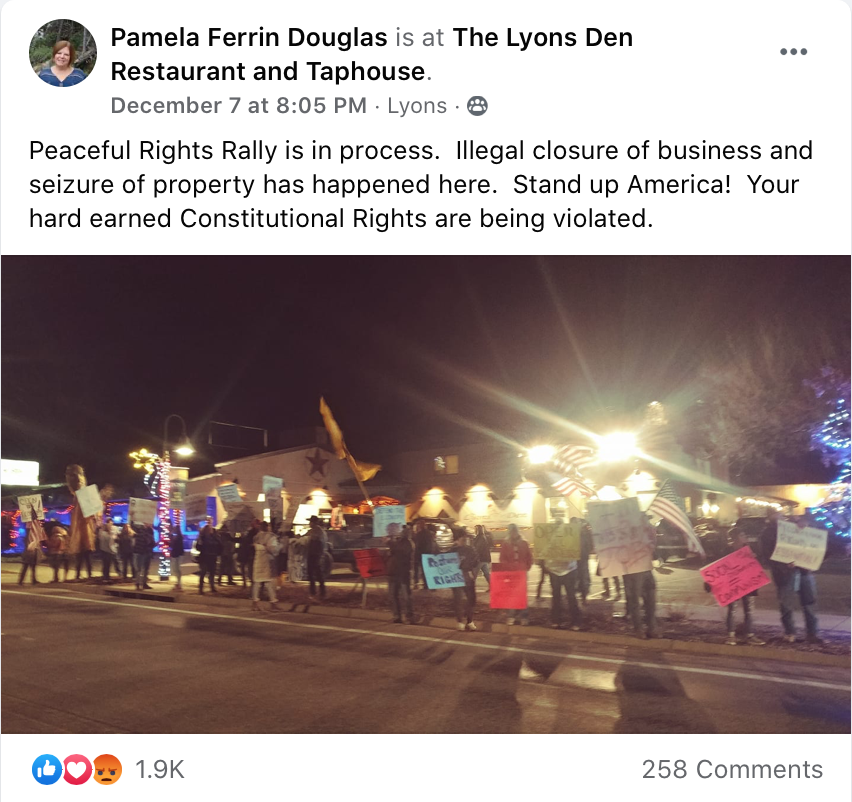 But in the comments, the tenor of the conversation escalated into something pretty frightening, well beyond what we’ve seen even within this excitable private forum: 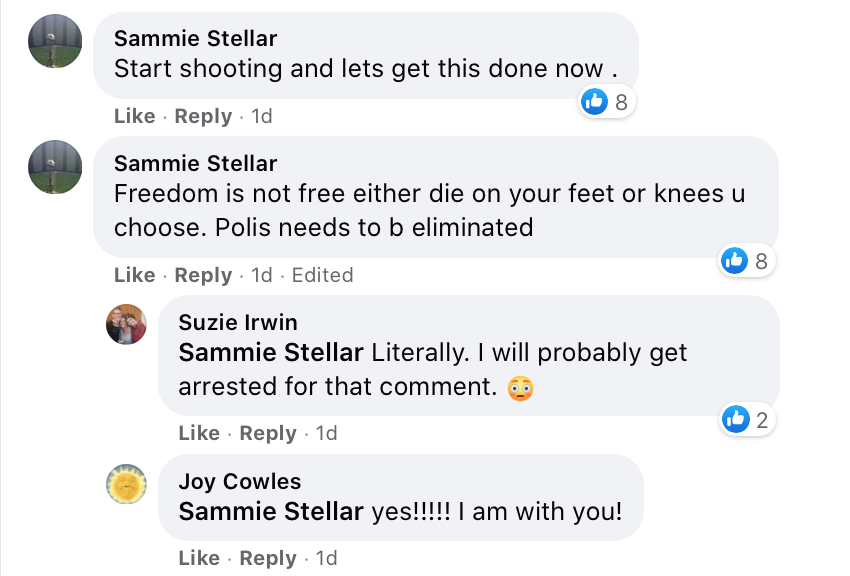 From there, things got a little more specific: 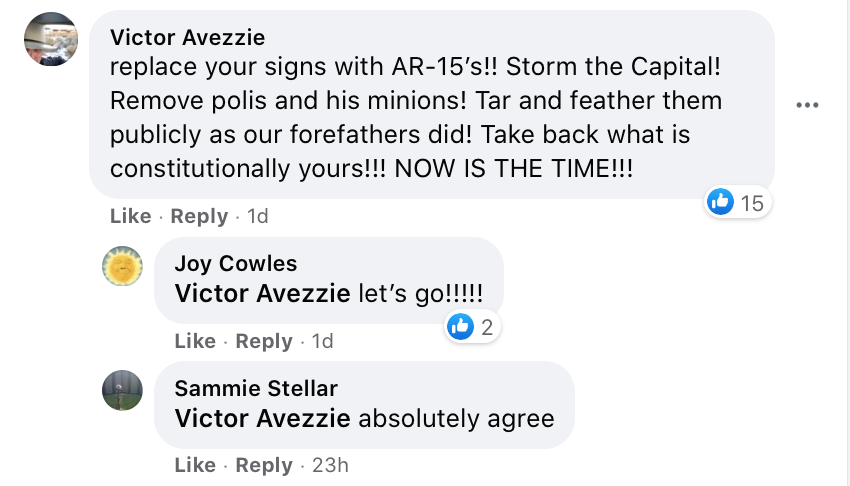 And then the conversation in this discussion thread turned more recently to a protest set to take place at the Colorado Capitol Saturday: 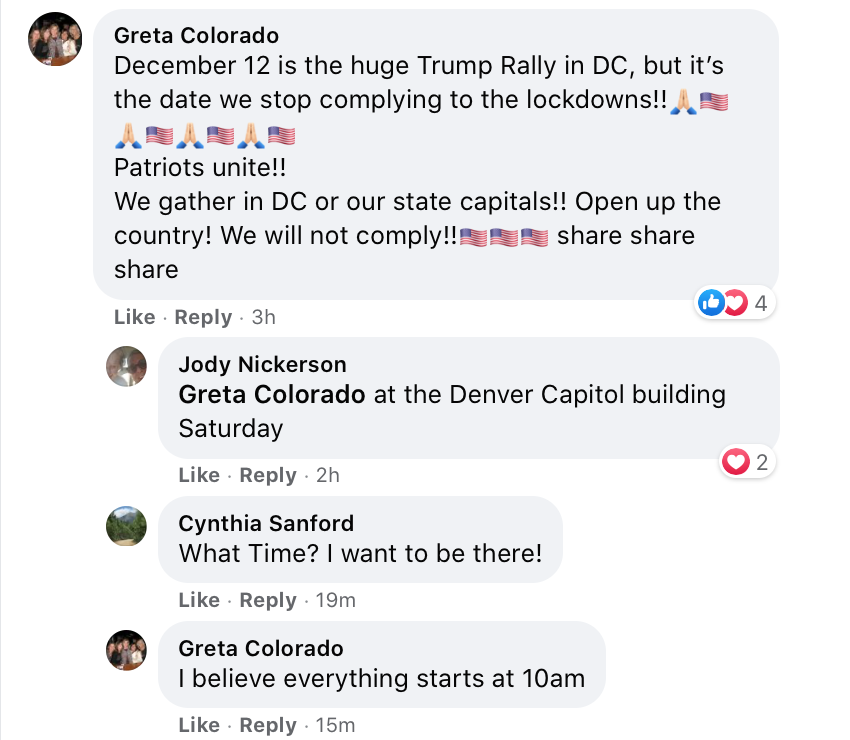 Based on the fact that such explicitly threatening content is not being moderated by the owners of this private Facebook group, we have to assume that the Recall Polis 2020 “organization” (whatever sorry form that may take) either agrees with these sentiments or do not object to them enough to remove them–despite the fact that it could expose them to legal liability. As for any protest set to occur in Denver Saturday, here’s another opportunity to be grateful for the fact that unlike most of the state, open carrying of firearms is illegal there.

Knowledge is power: and although we don’t relish reprinting this kind of disturbing content, there’s an argument that being honest about the deteriorating psychological state of our state’s hard-right fringe is urgently necessary for public safety reasons. Every Republican voice in Colorado–especially those calling for “civil disobedience” against COVID-19 public health orders–has an obligation to condemn these threats against Gov. Jared Polis without delay.

It has got to stop, folks. The never-ending “recall campaign” may be laughable, but these threats are no laughing matter.