Rep. Dave Williams: So Much For “Law and Order” 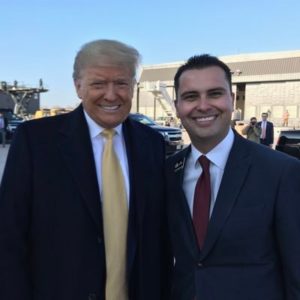 Here’s a clip of hard-right GOP Rep. Dave Williams of Colorado Springs speaking on the floor of the House today as the COVID-19 relief special session of the legislature wrapped up–and these are words, as we’ll explain, we never thought we’d hear out of Rep. Williams’ mouth:

But as readers will recall, it’s not the conservative Colorado Springs district Rep. Williams represents that makes his call for “civil disobedience” against COVID-19 public health orders unexpected. Back in July as the controversy over the Trump administrations deployment of federal riot control police under nebulous command to major cities like Portland, Rep. Williams wrote a letter begging Trump to send in the troops:

A Republican state lawmaker has asked the Trump administration to send in federal law enforcement to Denver to quell what he considered lawlessness and restore “law and order.” Colorado’s top Democrats say the suggestion is unnecessary and could only lead to further inflammation of tensions.

“I officially request that your administration expand its ‘Operation Legend’ efforts to include Colorado, specifically in the city of Denver as violent, deadly crime is on an upswing according to many news reports. Sadly, the violence is being largely ignored by radical Democrats who are in a position to stop it,” said Colorado Springs Republican Rep. Dave Williams in a letter dated July 23…

Williams’ closing line from this letter is particularly ironic:

The people of Colorado have been left to fend for themselves and you, being the President of law and order, are our only hope. [Pols emphasis]

As of today, the line from Rep. Williams is screw “law and order!” For one of Colorado’s leading “deplorable” lightning rods, law and order is only a thing when one is getting one’s way.

We’re seeing a lot of that lately.