Once Again, Mitt Romney Speaks Out While Cory Gardner Hides 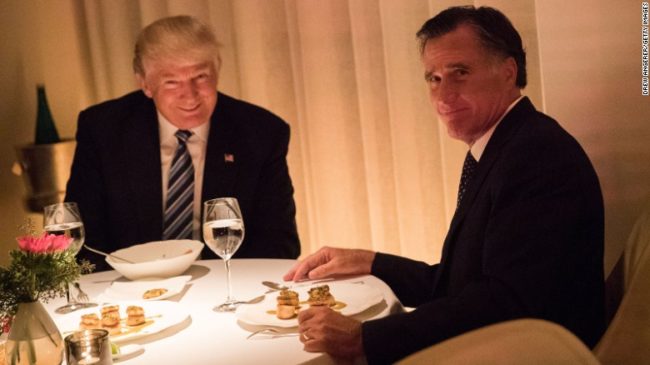 Sen. Mitt Romney (R-Utah) on Friday pushed back against President Trump’s baseless claim that the election is being stolen, warning that his rhetoric is only inflaming partisan tensions.

Romney, in a statement posted to Twitter, said the president was “right” to “exhaust legal remedies,” including asking for recounts and that alleged voting irregularities be investigated, but “wrong to say that the election was rigged, corrupt and stolen.”

“Doing so damages the cause of freedom here and around the world, weakens the institutions that lie at the foundation of the Republic and recklessly inflames destructive and dangerous passions,” Romney added.

With President Donald Trump’s rhetoric increasingly detached from reality, insisting he has won an election that at this point we can say with some certainty he did not win and making so-far totally unsubstantiated claims of election fraud, most Republicans are taking the middle ground of acknowledging Trump’s legal rights while reinforcing in the abstract that American elections are safe and sound.

As has been his trademark since winning Utah’s Senate seat in 2018, Sen. Mitt Romney has once again gone farther to condemn Trump’s irresponsible statements and actions than any of his Republican colleagues. Romney’s consistency in holding Trump accountable, including being the only Republican Senate vote to convict Trump in the impeachment trial, directly undermines the spin that now-defeated Sen. Cory Gardner of neighboring Colorado was a hapless victim of anti-Trump sentiment he could not avoid. Gardner made a deliberate choice to ride Trump’s ship down, and the debate will go on whether taking a Romney-like path of distance from Trump from the beginning might have saved Gardner in an election that wasn’t as big a Democratic wave as predicted.

But alas, even now…nothing. Presumably there are future career considerations.