Colorado Did Its Duty Again–Sorry, Rest Of America 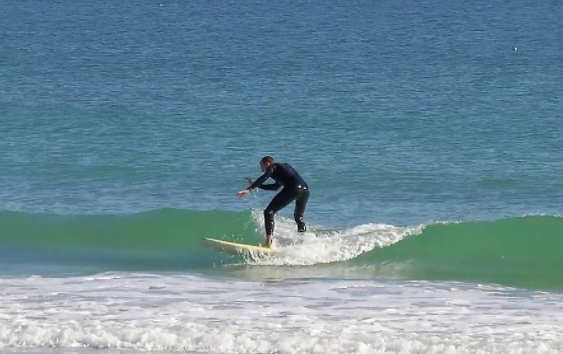 For the first time in 84 years in Colorado and for only the fourth time in state history, Democrats have won … everything. The governor’s mansion. The secretary of state’s, treasurer’s and attorney general’s offices. Both chambers of the state legislature. The balance of power in the state’s U.S House of Representatives delegation. Both seats in the U.S. Senate. And the state’s electoral votes for president.

As we expected going in and proved to be the case, Colorado witnessed another massive victory for Democrats in 2020 to follow up a landslide in 2018 that itself pushed the margins of what was achievable in the most favorable circumstances. With the exception of failing to capture the “reach goal” R+6 CD-3 seat despite an extreme and unqualified surprise Republican nominee, Democrats won every race they prioritized in Colorado, and eliminated the last two vestiges of Republican statewide power by toppling Sen. Cory Gardner and winning a Democratic majority on the University of Colorado Board of Regents.

Remember how Donald Trump promised Republicans they would someday be “tired of winning?” In Colorado, Democrats are approaching an electoral ceiling caused by, well, too much winning. Inevitably, Colorado Democrats will find themselves more on the defensive in 2022 than in previous years simply because there is little additional ground left to gain and so many offices to defend.

Outside of Colorado, although Joe Biden appears to be consolidating his win over Donald Trump by a smaller-than-expected margin, this was not a great election for Democrats despite great hope of an historic landslide going in. And as Politico reports, we’ll be figuring out why for some time to come:

Democrats’ path to a Senate majority has narrowed dramatically as the party underperformed expectations in a handful of the most expensive races in the country, but control of the Senate remains undecided with a handful of states still too close to call.

Democrats went into Election Day expecting to pick up several seats. Yet Republicans remained optimistic as they clung to a slim Senate majority, buoyed by victories in those states and a key victory in Iowa. Sen. Joni Ernst won a second term against challenger Theresa Greenfield despite being badly outspent by the Democrat throughout the race. The GOP also held a narrow lead in North Carolina, where GOP Sen. Thom Tillis was fending off Democrat Cal Cunningham, with votes still coming in.

We know readers have a lot to say about the results of this election both inside and outside Colorado, so we’ll introduce a couple of important factors that may have been decisive in changing the expected narrative last night and yield the floor. Trump and Republicans do not seem to have taken as much of the political blame for the COVID-19 pandemic from voters as many anticipated, despite America having suffered disproportionately and public polls showing broad dissatisfaction with Trump’s handling of the crisis. What’s more, COVID-19 safety considerations restricted Democratic field campaigns to a far greater degree than their Republican counterparts–fewer doors knocked, fewer public events. Despite it being reasonable and appropriate for Democrats to pay heed to pandemic best practices that Republicans routinely disregard, it may not in retrospect have been the most politically expedient decision.

There’s more, of course. A lot more. To the extent that Democrats had hoped for a generational landslide victory that would have reset American politics, stopped rampant gerrymandering that gave Republicans undeserved legislative majorities for the last decade, and provided a clear mandate for bold changes, it’s evident at this point that they will not get what they wanted. Mitch McConnell retaining control of the U.S. Senate, which is as of now the most likely outcome pending the resolution of outstanding races and runoff elections in Georgia, is a sobering reminder of the continuing division and gridlock that besets the nation.

As of now, it looks like Biden will be the next President, and Colorado has progressed even further along its maturation from purple state to blue state. In the wave of 2018 and again last night in an unexpectedly different political climate, Colorado voted consistently blue.

Our advice is to celebrate that; and leave what cannot be helped for a day when you’ve had more sleep.