Are We There Yet? Almost…

UPDATE 5:20PM: In a speech best described as incoherent and so packed with misinformation that most news networks cut away early on, President Donald Trump again declared himself the winner of the 2020 election and vowed “tremendous litigation” would put a stop to “illegal voting”–for which no evidence exists:

"It's amazing how those mail-in ballots are so one-sided," Trump said, suggesting a baseless conspiracy.

He spent months discouraging his supporters from voting by mail. 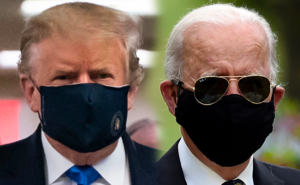 If this needs a caption, you’re reading the wrong website.

An outcome of the 2020 Presidential election is getting ever closer. As The New York Times reports, Pennsylvania may announce results this evening:

With much of the presidential race hinging on the outcome in Pennsylvania, the state’s top election official said that she expected the “overwhelming majority” of the state’s 550,000 remaining votes to be tallied by Thursday and that a state winner “definitely could” be announced by the end of the day.

President Trump’s lead in the state over Joseph R. Biden Jr. has dwindled since Wednesday from more than 10 percentage points to less than two points, with fewer than 115,000 votes now separating the candidates. If Mr. Biden wins the state, he wins the presidency.

We’re still awaiting word on ballot counts in Arizona, Georgia, and Nevada, but Pennsylvania’s 20 Electoral Votes — if they are awarded to Democrat Joe Biden — would make these deliberations moot in terms of determining the next President of the United States. If Pennsylvania goes for Biden it will put the Democratic nominee at 273 Electoral Votes.

Results in Arizona may be available on Friday, and a new batch of numbers is expected today out of Nevada — though counting in that state will continue well into the weekend. Biden may also yet take Georgia.

The bottom line: It’s possible that we will know the winner of the Presidential election as soon as tonight.