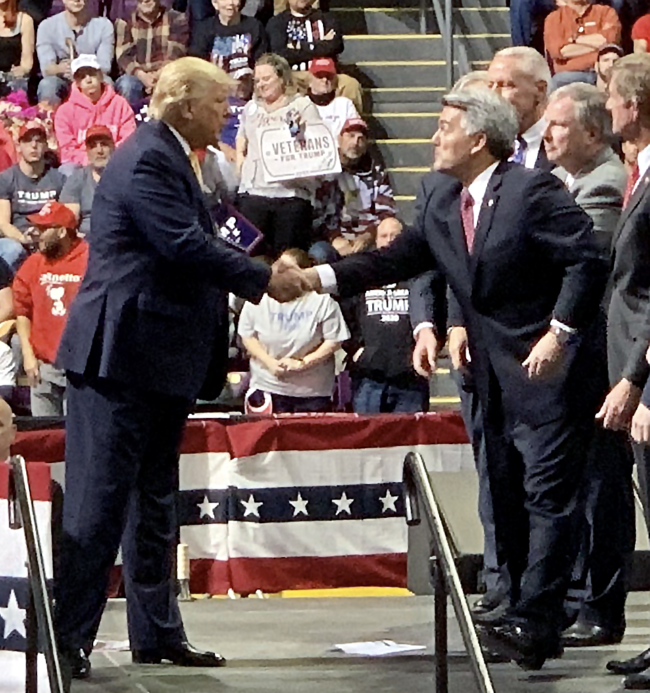 In case you missed it last Friday night, there was an ugly coda to the spectacular failure last week by Sen. Cory Gardner to turn the lemon of the Trump administration’s co-opting of 500 ventilators sought by the state of Colorado into arithmetically challenged “lemonade” of a mere 100 ventilators after Gardner’s “personal request” to the President–AP’s Jill Colvin:

Despite building a data-driven triage system in which FEMA allots supplies based on local needs, those who are politically connected and have the president’s ear have, at times, been able to bypass that process and move to the front of the line…

The president tweeted Wednesday that he would be “immediately sending 100 Ventilators to Colorado” at the request of Sen. Cory Gardner, a Republican who is considered among the party’s most vulnerable senators. To Colorado Rep. Diana DeGette, a Democrat, that looked like “playing politics w/ public health.”

On Friday, another vulnerable GOP senator, Martha McSally, took to Twitter to relay the “huge news” that Arizona would be getting 100 ventilators and to thank “President Trump and @VP for hearing our call.” [Pols emphasis] 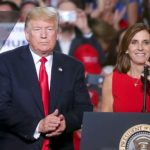 We don’t know whether Arizona was trying to purchase a significantly larger number of ventilator machines like Colorado was, only to be blocked by the federal government commandeering the equipment, but the exact same number of ventilators being distributed with credit to another top-tier Republican Senator up for election in November invites basic and urgent questions about the motives of the Trump administration in making these kinds of decisions. In Colorado’s case, we have the injury of having just been denied 500 ventilators by the federal government to add to the insult of Gardner’s “personal request” being the only way to get any quantity at all. Bloomberg Law took a balanced look at this question on Friday:

“Under the Defense Production Act, FEMA gets to go to the head of the line,” said Craig Fugate, who was the FEMA administrator under President Barack Obama. “The only way I know of to make that less painful is to be as fully transparent as you can of where the demand is and where you’re getting stuff.”

Colorado’s situation also is tinged with election-year politics. Senator Cory Gardner, one of the most vulnerable Republican incumbents up for re-election in November, called President Donald Trump to ask for help. In short order, the president tweeted Wednesday that the government would be sending Colorado 100 ventilators, specifically at Gardner’s request.

DeGette said in an interview that she had been trying for several weeks to get a response from the administration about how scarce medical resources are being allocated amid a national shortage. She said the exchange between Gardner and Trump only added more confusion to the situation…

Yes, the law does say that the federal government can bigfoot states out of the way and prioritize their orders over Colorado’s–everybody gets that. But how can anyone call this questionable redistribution, via personal partisan relationships and clearly timed to benefit vulnerable Republicans–or at least reduce their political liability–“fully transparent?”

Folks, the only thing transparent here is the politics. You have to be sympathetic for Gov. Jared Polis in this situation, who cannot himself criticize the Trump administration or Gardner–lest he risk some kind of “problem” with the federal government’s ongoing assistance a la Chris Christie and the George Washington Bridge.

But we’ll say it: this is no way to run any country, let alone the United States of America.