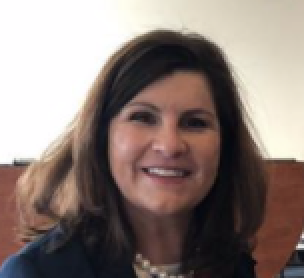 We wrote last week about the results of a Republican vacancy committee in HD-38 (Arapahoe County) in which some dude with the pun-worthy name of Richard Champion was selected to fill the remainder of the State House term vacated by the resignation of Rep. Susan Beckman. The outcome of that vacancy committee was a surprise to some who had expected right-wing crusader Brenda Stokes to claim Beckman’s crown. At the time, Stokes vowed that she would run a primary challenge against Champion in June, but apparently she has decided on another course of action.

Stokes is now Brenda “Valdez-Stokes” and is running for State Senate in District 26, where Democrat Jeff Bridges will be running for a full-term after winning his own vacancy election last year.

Stokes…or Valdez-Stokes, or whatever her name is now, made some local headlines last May when she promoted the disastrous recall attempt against Rep. Tom Sullivan and accused him of “politicizing” the death of his son, who was killed in the 2012 Aurora Theater Shooting. She is currently the Vice-Chair of the Arapahoe County Republican Party.

At one point last year, Colorado Republicans talked about a recall campaign against Bridges; it’s probably best that they didn’t pursue this strategy after the GOP failed spectacularly at trying to recall a bunch of other Democratic lawmakers. Senate District 26 was primed to be a battleground race in 2016, but Democrat Daniel Kagan ended up beating Republican favorite Nancy Doty by 7 points. Bridges was re-elected in HD-3 in 2018 by a 22-point margin over Toren Mushovic.