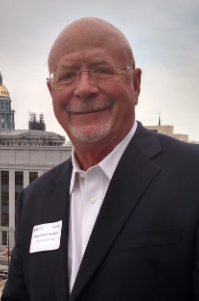 Last weekend, outgoing Trump administration bound GOP Rep. Susan Beckman in House District 38 was replaced by the mayor of the teensy high-income enclave of Columbine Valley, Richard Champion–though the loser of the appointment Brenda Stokes vows to fight on in a primary–and as the Colorado Springs Gazette’s Michael Karlik reports, the very fine Republicans of HD-38 were feeling frisky about their preferences:

“I want a representative that’s not going to be following the rules of Lenin,” said Sandra Galpin of Centennial.

“I just know that I wish Polis would drop dead and we’d have good Republicans,” added Lucille Strohl, also of Centennial… [Pols emphasis]

Thomas McCoy of Littleton, who voted for Champion, said he would have been satisfied with either candidate, but that “Mr. Champion was the only one that addressed the solid backing of President Trump.” McCoy felt it was important for a state representative to vocally support Trump because “his values are good for the country. The state representatives should at least emotionally be on board with President Trump. If they oppose him, then what good are they to me, to us?”

After Rep. Beckman was re-elected to her seat in 2018 by fewer than 400 votes, she was understandably happy to grab an alternative brass ring when it came by instead of defending the seat again in 2020–an escape route that other Republican legislators in competitive districts have taken like ex-Rep. Clarice Navarro of Pueblo. After narrowly and controversially losing her bid to lead the Colorado Republican Party to Ken Buck, we’d guess Beckman is ready to trade in the rough and tumble of elected office for a cozy home in the D.C. swamp.

We’ll be watching to see how Rep. Champion fares in this closely divided swing district with his Lenin-free Polis-drop-dead “emotionally on board with President Trump” mandate from the HD-38 GOP vacancy committee.