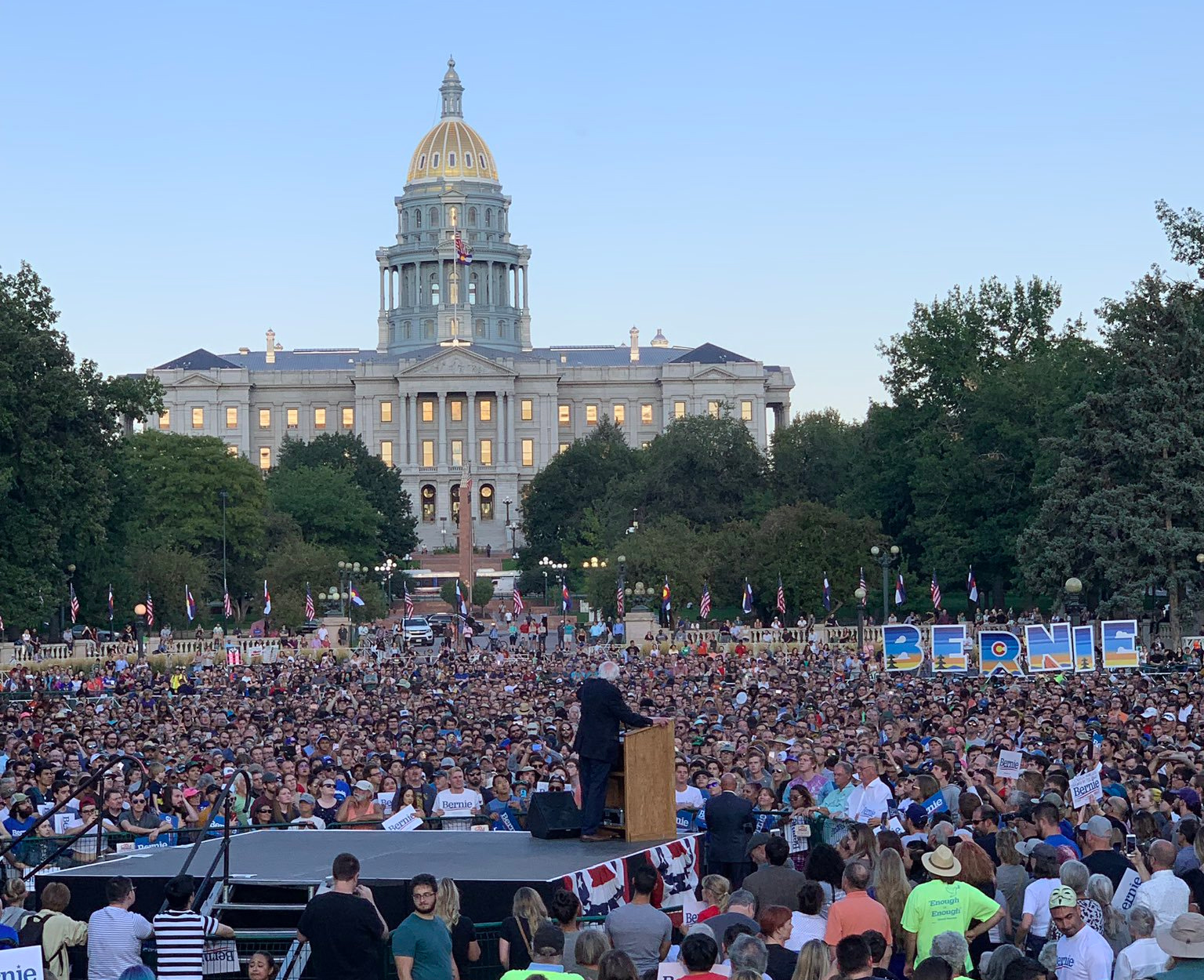 The 78-year-old democratic socialist senator from Vermont, a darling of liberals young and old, made a loud return to Colorado, 11 months after he stumped for now-Gov. Jared Polis and U.S. Rep. Joe Neguse last October in Boulder and Fort Collins.

“I am here in Denver asking your support for more than just defeating Trump,” Sanders told the cheering crowd in a raspy, cracking voice. “I am here to ask you to help me transform this country and create an economy and government that works for all of us, not just the 1 percent.”

We expect nothing less than a big show of support for Sanders in Colorado, a state where he is in the lead according to a recent poll–though by a single point, with Joe Biden statistically tied and Elizabeth Warren vacuuming up loose votes to settle into a strong third place. Biden will be in Colorado later in September, and Warren is due soon with her last rally in April in Aurora also drawing a very respectable crowd.

But make no mistake: the size and enthusiasm of Bernie’s base in Colorado is formidable today, just like it was in 2016–and Bernie fully intends to win here again. The difference in Colorado is that this time, we’re a top Super Tuesday primary target, and the current field of candidates offers alternatives to Democratic primary voters that 2016 did not. Can Bernie keep the magic alive for progressives while attracting enough support from unaffiliated primary voters and moderate Democrats to win?

We’ll say this: a crowd like in that photo above makes anything seem possible.