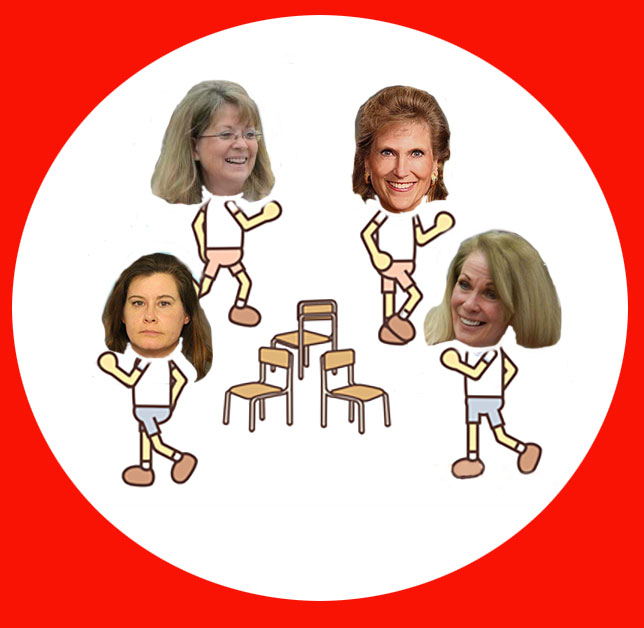 Four term-limited Republicans in Weld County are playing a fun game of musical chairs so that they can all hold onto the sort of government jobs that they simultaneously covet and criticize on a regular basis.

State Representatives Lori “The Historian” Saine (R-Firestone) and Perry Buck (R-Greeley) are running for open seats on the Weld County Board of County Commissioners in 2020. State Sen. Vicki Marble (R-Looney Tunes) is making the unusual move to the lower chamber — in this case, for the seat being vacated by Buck. And since Weld County Commissioner Barbara Kirkmeyer is termed out, she’s hoping to take her talents to Denver as Marble’s successor in the State Senate.

This is the same sort of nonsense that plagued Jefferson County for years until voters ultimately got sick of the job-hopping and tossed out the lot of them. Jeffco now has only one Republican representative in the legislature and two GOP officials in county government — incumbent Commissioner Libby Szabo and Sheriff Jeff Shrader, who was the only Republican official re-elected in 2018 by virtue of being unopposed on the ballot.

The 2020 election in Weld County is shaping up to be quite the circus. It looks like there will be a wacky Republican Primary for the right to fill Saine’s House seat. Nearby, unabashed racist Grady Nouis is taking his criminal record for a run at the State House seat being vacated by term-limited Rep. Stephen Humphrey (R-Ault).

Weld County is much more of a solid Republican area than the current iteration of Jefferson County, though Jeffco changed quickly over just a couple of election cycles in part because of the serial job-hopping among elected (and un-elected) Republicans. We wouldn’t expect a major shift toward Democrats in Weld County in 2020, but don’t be surprised if that’s where this trail of crumbs eventually ends.