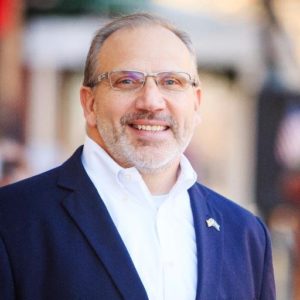 Walking out of an elected office before the end of your term has become something of a perverse tradition among Republicans serving in Jefferson County government. Jefferson County Clerk and Recorder Faye Griffin is the poster child for Republicans gaming the system for partisan benefit, but the problem is deeply-rooted in Jeffco…and it’s happening once again.

Earlier this week, a press release from Jefferson County announced that Commissioner Donald Rosier would be resigning his post in January 2018 in order to take a top job with an expensive new mixed-use development in Douglas County called Sterling Ranch. If Rosier’s name sounds somewhat familiar, you may recall that he was briefly (and laughably) a Republican candidate for U.S. Senate in 2016.

Rosier was term-limited next year, but his early departure will allow a Republican vacancy committee to appoint a new County Commissioner. The early favorite for the vacancy appointment is Tina Francone, who was already running for Rosier’s seat but will likely now get to campaign as a semi-incumbent against Democrat Lesley Dahlkemper. Former legislator Libby Szabo got the same head start in 2015 — appointed Commissioner just two months after being re-elected to the legislature — which came a few years after Republican John Odom won the vacancy lottery in 2011 (Odom didn’t even bother to finish his partial term after losing to Democrat Casey Tighe in 2012).