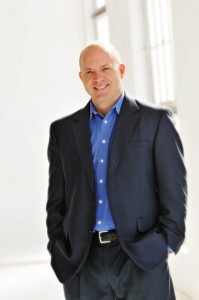 Will NOT Work for Food. Or a Paycheck

Republican John Odom, a former Jefferson County Commissioner who lost his re-election bid to Democrat Casey Tighe in November, has some 'splaining to do. It seems that after losing the election, he decided not to bother finishing his term, which didn't end until early January. From Our Colorado News (we're a few days behind on this one):

Odom walked off the job seven weeks early without explanation, but still received a commissioner’s salary and benefits, at an estimated cost of $15,583 to tax payers. [Pols Emphasis]

Denison has called on Odom to donate the money to Jefferson Center for Mental Health, an organization that Odom voted to cut by $140,000 during last year’s budget process.

Odom wasn't exactly a regular presence around Jefferson County before the election, and this latest news continues an odd two-year saga for Odom. You may recall that Odom lost a 2010 State Senate race to Democrat Cheri Jahn before moving into a different part of the district just one day before a Republican vacancy committee chose him as a replacement Commissioner for Kevin McCasky, who resigned in February 2011. After working so hard to get the appointment, Odom then inexplicably did virtually nothing to try to get re-elected in 2012; had he made even a half-hearted campaign effort, he likely would have won a close race against Tighe.

There were long grumblings around Jefferson County's administration building that Odom spent little time on the job after his appointment, so his disappearance post-election is not entirely surprising. It's understandable that he would be disappointed in the election results, even if he never really tried to win re-election anyway, but it's absolutely inexcusable to both walk away from the job early and continue accepting a paycheck.