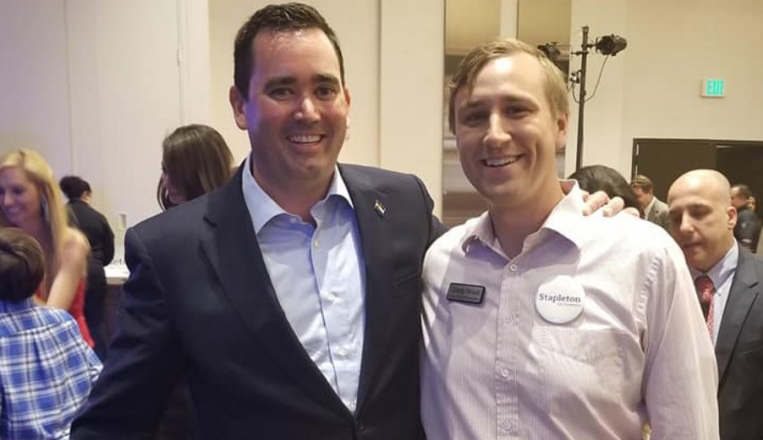 Today the Denver Post published the results of background checks run by that paper on most (but not all) Colorado legislative candidates running in 2018. As Jackson Barnett reports, some candidates chose not to cooperate:

Of those who cooperated, the vast majority of candidates do not have criminal records in Colorado, according to Post research.

Among the candidates who provided the Denver Post with their birthdate in order to run a Colorado Bureau of Investigations background check, there are a number of fairly mundane items, including many quickly-dismissed charges that nonetheless appear on their permanent record. Several candidates have arrests and deferred judgements for driving under the influence, which experience has shown is not in itself a disqualifying offense to serve in the Colorado legislature. Overall, the criminal records detailed by the Post don’t seem nearly as serious as back in 2010, when a similar investigation found both many more and more severe offenses in the records of a large number of candidates.

That is, until we get to the case of Grady Nouis, the Republican nominee in Arvada’s HD-29. Erik Maulbetsch of the Colorado Times Recorder has covered Nouis’ criminal and alt-right background in some detail in this space, and the Post’s summary of both can best be described as career-ending:

Nouis also has been in the orbit of groups and events associated with far-right views. In a Facebook live video he recorded while at an anti-Shariah law protest earlier this year, Nouis repeatedly used a racial slur during a confrontation with African-American counter-protesters.

While the audio can’t be understood at the beginning of the argument, Nouis, who is white, then complains about an African-American woman: “She called me a n***** and said I can’t say it back.”

He repeated the word several more times, the video shows…

Nouis’ past convictions for running a drug house to distribute marijuana and “magic mushrooms” might be politically survivable, perhaps even a campaign point in the right environment–probably not as a Republican House candidate in a swing district, but somewhere. What sinks Nouis of course is the racism, which we already knew about from the Times-Recorder’s stories and knew would appear in mass media inevitably. In the event Grady were to win his seat, which was never likely against beloved incumbent Rep. Tracy Kraft Tharp, Republicans would be under intense pressure to push him out a la Rep. Jim Welker back in 2006.

The caveat bring this isn’t 2006–and there may not be the moral resolve in today’s GOP to do the right thing.

Whatever the Colorado GOP itself does, we do think there will be calls, perhaps bipartisan calls, for Nouis to pull out of the race following this damning report–in which his is clearly the worst of all the unsavory stories dug up by the Post’s background checks. If Nouis won’t do what’s both right and politically expedient for his fellow Republicans, voters will render the question moot in two weeks’ time.