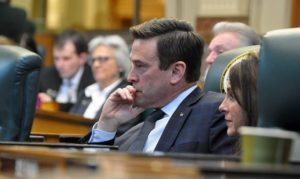 Earlier this week, former Republican Rep. Cole Wist raised eyebrows with a direct and thorough rebuke of Rocky Mountain Gun Owners (RMGO) and their latest recall attempt against Rep. Tom Sullivan (D-Aurora). What makes this particularly noteworthy is that Wist was defeated by Sullivan in the 2018 election cycle, in part because RMGO went after him for his 2018 support of “red flag” legislation.

In an Op-Ed published today by The Colorado Sun, Wist elaborates on his social media comments from earlier in the week and goes into greater detail about the recall grift that we have regularly discussed in this space:

Too many in politics are in it for their own personal gain, not any actual desire to affect policy or make life better for our communities

Take my experience as an example. I sponsored a bill that was opposed by the Rocky Mountain Gun Owners, a group whose stated purpose is to advocate for gun rights. They didn’t like my bill, so they raised money to attack me and littered my district with nasty fliers hoping to elect my Democratic opponent, Tom Sullivan, who is an outspoken supporter of sweeping gun control.

Since the 2018 election, it seems there has been a steady drumbeat for recall elections. What’s behind recall fever? Yes, many voters are frustrated with sweeping legislation passed by the legislature this year on a number of fronts, but for many trying to instigate these recalls, it’s mostly about money and feeding the political election machine.

Wist later makes it clear that while he disagrees with Sullivan’s politics, he doesn’t dispute what happened in November:

I disagree with Rep. Sullivan on a number of policies. And, I am opposed to numerous pieces of legislation that he voted for this last session. However, Rep. Sullivan won the election, and I lost. He ran on gun control and then pursued it.

Recall enthusiasts are still pushing their nonsense rhetoric, of course, as Nic Garcia reports for the Denver Post:

Yet, according to the Republicans behind the recall, Sullivan duped voters.

When I pushed Kristi Brown – the state GOP’s vice chair and leader of the charge to recall Sullivan – on this logic, she acknowledged Sullivan’s track record as a gun control activist. But she added that the legislation he sponsored went further than a previous version of the bill. She added that his votes on sex ed and oil and gas reform were part of the “overreach.” 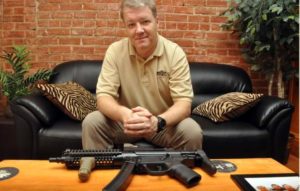 One of the major problems with this, um, logic is that RMGO’s Dudley Brown already blew it up in an interview with RealVail.com last week:

REAL VAIL: Some sheriffs and prosecutors who supported red flag last year, including Eagle County Sheriff James van Beek, switched sides this year and opposed it. Why do you think that is? Did the bill change that much from 2018 to 2019?

BROWN: Nope, I don’t think they were that different, last year and this year’s bill. [Pols emphasis] I don’t think it was different enough to warrant some massive swing. It’s just this year sheriffs are able to read the tea leaves and that their constituents are now understanding what the concept of red flag is. And now they’re realizing that they’re going to face a big backlash from their constituents if they’re forced to carry out these, quote, protection orders. They don’t want to do it.

It’s tough to claim that the Sullivan recall is about “overreach” when one of the recall leaders admits that the “red flag” legislation that so angers them wasn’t much different than a similar bill in 2018. That’s pretty much the exact opposite of the meaning of the word “overreach.”

Efforts to recall Democratic lawmakers in Colorado are about two things, and two things only: 1) Making money for Republican consultants, and 2) trying to find a back door for Republicans to capture seats that they can’t otherwise win in a regular election. Every other rationale is just another way to justify one of the first two reasons.