Anyway, former Sen. Schultheis has views about this year’s priority funding for full-day kindergarten, a campaign promise by Gov. Jared Polis that in the end passed with overwhelming bipartisan support. And the bipartisan full-day-K kumbaya isn’t fooling Dave Schultheis, indeed not patriots: 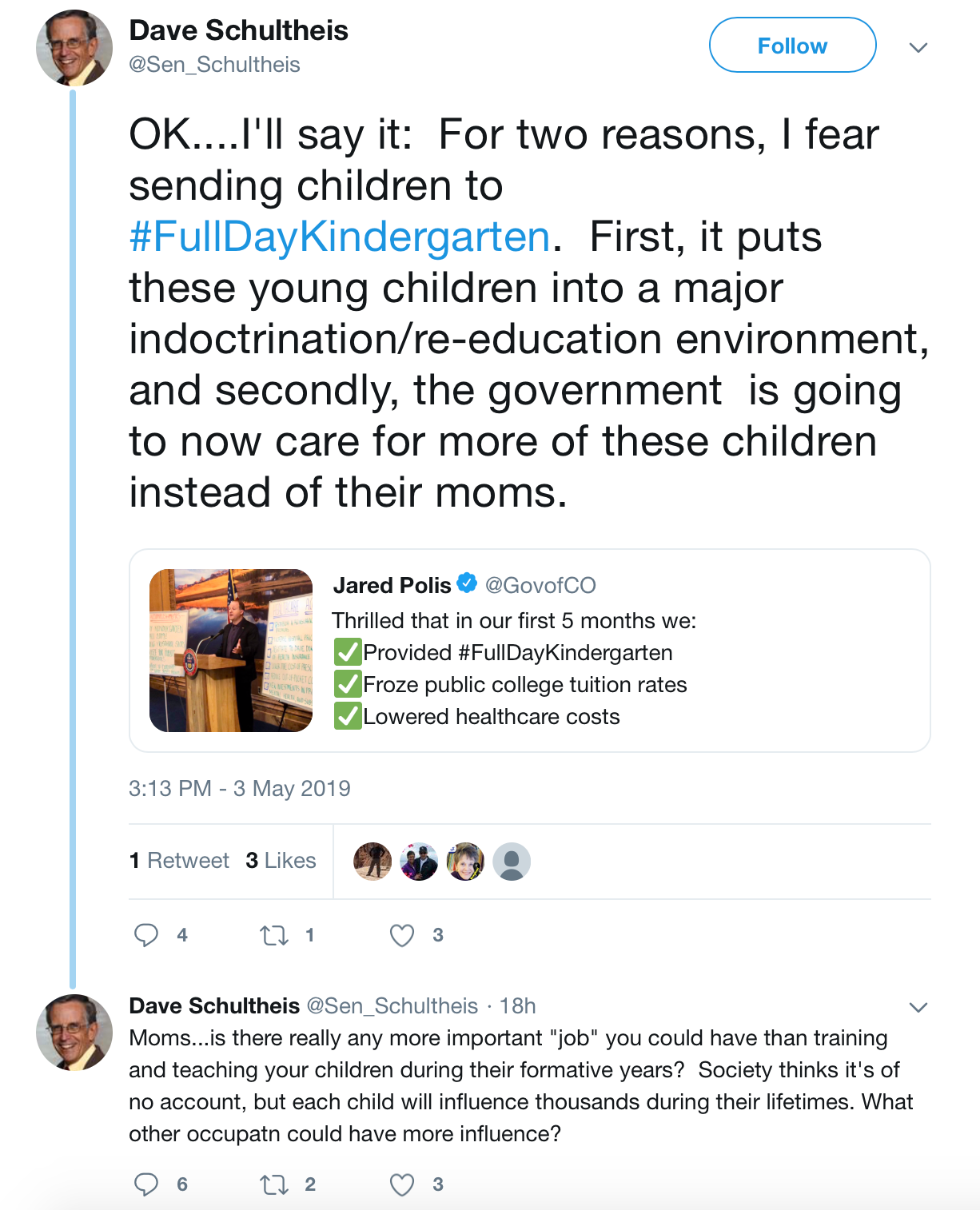 That’s right, moms! The fact is that you have too much “free time” already and really should be spending it at home taking care of children instead. After all they’re just going to get “indoctrinated,” you know, in kindergarten. Though apparently half-day “indoctrination” is okay? It’s not the most coherent argument but it’s clear he’s really suspicious of what they teach kids in kindergarten and wants to minimize exposure.

You’re laughing, but you probably shouldn’t. Instead, consider how much of the Republican base Schultheis speaks for. From vaccines to the unhinged misinformation that circulated freely about the sex ed bill–here’s looking at you, Anus Fisting Granny–there’s a whole Dave Schultheis wing of today’s Republican party. And although Schultheis himself is in retirement, their influence within the GOP coalition has only grown in the Trump years. It is not a stretch to suggest that the co-occurrence of people who want to recall Democrats from Gov. Polis on down over their “perverted” sex ed bill and those who agree (or at least would agree) with Dave Schultheis about the threat of “indoctrination” posed by full-day kindergarten is very high or even total.

It’s all fun and games until the fringe gathers enough signatures.