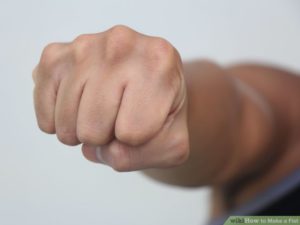 Not in the curriculum.

The Denver Post’s Anna Staver reports on the next steps for House Bill 19-1032, the somewhat-unexpectedly controversial bill clarifying regulations on sex education in public schools, which remains an optional curriculum, to ensure what’s taught is accurate and (oh wait here’s the controversy) unbiased:

A 10-hour House committee hearing on the bill stretched late into the night and included hours of heated, sometimes graphic allegations that the language of the legislation promoted abortion, banned religious viewpoints and allowed for the teaching of sexual positions to children as young as 9 years old.

After passing the Democrat-controlled House on a series of party-line votes, the bill faces its next test this week in the Senate, where Democrats hold a narrower majority.

Its first Senate hearing is scheduled for 1:30 p.m. Thursday in the Health and Human Services Committee.

We suggest taking a moment to thoroughly digest Staver’s detailed explanation of what House Bill 19-1032 does and does not do, because as our readers know the gap between fiction and reality on this particular piece of legislation is extremely wide. The legislation does not direct teachers to “explain sexual positions to children,” does not take away parental rights to opt kids out of sex ed, and does not ban the teaching of religious doctrine on sexuality–only that they don’t endorse a religious position.

What we’ll learn by the end, when legislation that was not intended to be a radical change to existing policy at all is in the books, is that there are a lot of Coloradans out there who didn’t get very good sex ed in school themselves. We can only hope their kids are educated better.

In hope of achieving that, we can pass this bill.