Galindo Recall Organizers Admit It’s Not About Oil and Gas 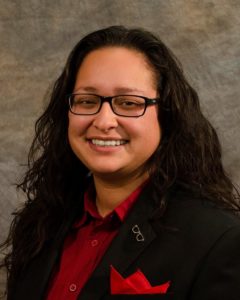 Another must-read story from the Greeley Tribune’s Tyler Silvy this weekend digs into the central question around the nascent recall campaign against freshman Rep. Rochelle Galindo of Greeley–why is this happening? Is it because Rep. Galindo is a “homosexual pervert” trying to indoctrinate the children like Pastor Steve Grant, one of the original organizers of the recall campaign says? Or it it the oil and gas local control bill now awaiting Gov. Jared Polis’ signature?

Treasurer Dave Young, who preceded Rep. Galindo in HD-50, doesn’t get it–unless the answer is as simple as it seems:

A Tribune review of Young’s votes from the 2013 legislative session reveal Young’s support for limits on high-capacity magazines and for background checks for gun sales between private parties. It revealed a “yes” vote on a controversial renewable energy mandate for rural electric cooperatives that served as another basis for the failed 51st State initiative that year.

And it revealed “yes” votes on bills that increased oil and gas spill reporting requirements, monitoring requirements, increased fines for oil and gas violations and sought to change the mission and makeup of the Colorado Oil and Gas Conservation Commission, including forcing the commission to prioritize health and safety…

“In many, many ways, the votes I’ve taken and the policy stances I’ve had are pretty much the same (as Galindo),” Young said. “The question is, ‘Why her and not me?’ What is it about her that they’re really attacking here? I think that raises some pretty serious questions.” [Pols emphasis]

What’s the difference, asks Treasurer Dave Young? And when you look at Young’s record in the House, including plenty of votes that should by the reasoning applied to Rep. Galindo have provoked the same degree of anger against Young, it just doesn’t make sense. This includes votes in 2013, the last year recall elections were attempted and (not coincidentally) the last time Democrats were in full control of the legislature. What’s the difference, other than Rep. Young is a straight white guy and Rep. Galindo is not?

The response to this very reasonable question, not from the previously identified haters like Pastor Grant but from the “mainstream” Weld County Republicans who are trying to convince you this is not a campaign of wedge issue haters, more or less confirms Young’s suspicion.

Former Weld County GOP Chairwoman Stacey Kjeldgaard, who is leading the recall effort, in a phone interview Sunday went further when it comes to oil and gas — and the potential negative economic impact of SB 181 — being the reason for the recall.

“That’s our big thing; that’s our only thing,” Kjeldgaard said.

But then there’s this: When asked whether she would be working to recall Galindo if she had voted “no” on SB 181, Kjeldgaard said, “Absolutely.” [Pols emphasis]

After blowing this extremely important question, Stacey Kjeldgaard threw out some empty platitudes about how Rep. Young “had connections to the community”–as if Galindo didn’t grow up in Greeley, or serve on the City Council before running for the legislature. But it doesn’t matter–by admitting that the “only thing” allegedly pertinent to recalling Rep. Galindo wouldn’t have affected their decision even if Galindo had voted against the bill, they’ve conceded the reality of the situation.

Just like Ken Buck comparing gay people to Nazis, sometimes you just have to take people at their word.