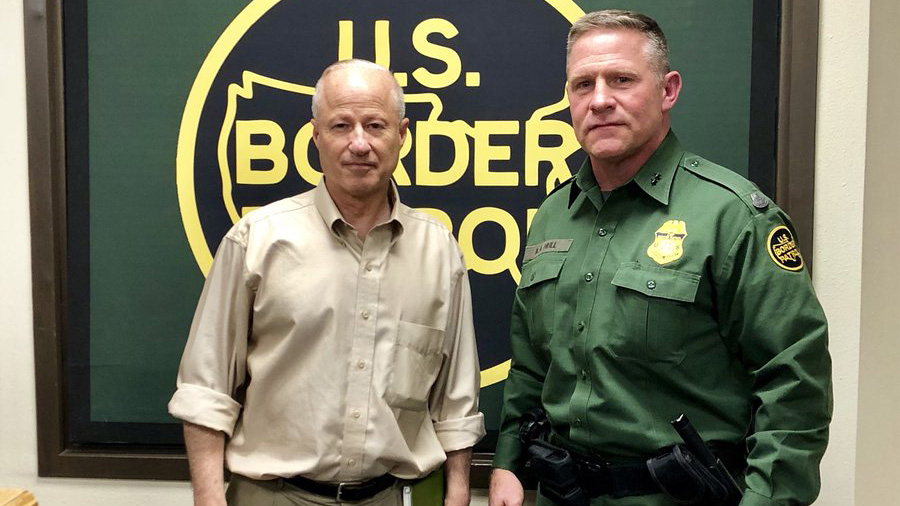 Thousands of children taken from their parents at the U.S.-Mexico border are in detention centers, days after President Donald Trump reversed his “zero-tolerance” policy.

On Saturday, Colorado Congressman Mike Coffman traveled to the Texas border and toured one of the facilities. He spoke with children being held there.

Coffman says we must find a solution to reunite the families.

“The images that caused me to go down there and make a special trip, I mean to see children torn from their parents. I think that’s just fundamentally wrong,” he said.

There are of course very few politicians, particularly Republicans facing dicey re-elections, willing to look into any camera and say that the month-long PR debacle for the Republican Party as the Trump administration’s family separation policy has dominated the headlines has been a positive thing. GOP Rep. Mike Coffman, who was an anti-immigrant hardliner in the Tom Tancredo mold before his district was redrawn to include a diverse population in 2011, has received nationwide press for his call for White House strategist Stephen Miller to be fired over Miller role in crafting the Trump administration’s latest hateful backfire.

Since Donald Trump’s election, Coffman has faced much greater difficulty in holding together his strategy of both triangulating off the excesses committed in his majority party’s name while keeping base Republicans in his district happy enough to re-elect him–which has led to bizarre contradictions like Coffman stridently criticizing the Trump outrage of the week on immigration, while at the same time telling his base that Trump is “the only one within the Republican Party that can solve this issue.”

Coffman’s long record in Congress, which features many more actions malicious toward immigrants than in support of them and such incendiary rhetorical flourishes as “The DREAM Act will be a nightmare for the American people,” severely undermines his credibility on this issue with anyone familiar with his history. Unfortunately, in today’s short attention span media culture in which so many reporters writing political news are either out of work or were literally in grade school when Coffman succeeded Tancredo in Congress, the full reality of Coffman’s “evolution” on immigration–lacking in substance, and a politically-contrived ploy to survive what should have been a career-ending change of constituency–gets lost every election cycle.

We can’t say this often enough: Mike Coffman had a chance to support bipartisan immigration reform over and over, including in 2013 when it passed the Senate–and he opposed it. Before that time, Coffman was every bit as much an anti-immigration hardliner as the man he succeeded in Congress, Tom Tancredo. Since 2013, Coffman has played a complicated game of threading the needle on immigration, trying to suppress his old hard-line record without alienating the base Republican voters he still needs to be re-elected. All the while the situation has only gotten worse for immigrants, and the Republican leadership in Congress Coffman supports makes him look like a hapless stooge.

Is this the year Coffman’s triangulation long game finally crashes and burns? We won’t know–and his bellicose media surrogates will never concede even the slightest possibility–until the votes are counted.