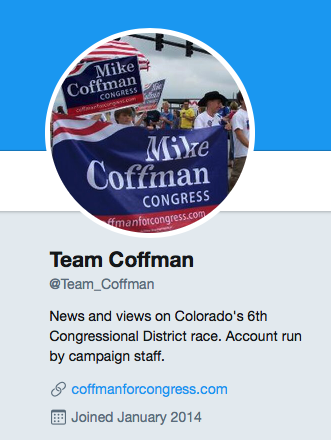 Congressman Mike Coffman (R-Aurora) and his staff are apparently quite sensitive about President Trump’s “zero tolerance” immigration policy that has led to the forced separation of thousands of children from the families at the US-Mexico border and generally created a massive problem for Republicans everywhere.

While Coffman has been working diligently to take all sides on this debate, his campaign staff has pursued a different approach via social media. On Tuesday, the “Team Coffman” Twitter account responded to a comment from Democratic Attorney General candidate Joe Salazar by repeatedly calling him fat and challenging him to a fight, or something.

No, seriously. You can see the screenshots of the entire exchange below.

We can’t say for sure who is behind these embarrassing posts from “Team Coffman,” though Coffman spokesman/campaign manager Tyler Sandberg often gets very punchy via Twitter. We’ll update this post if and when “Team Coffman” formally challenges Salazar (or other critics) to meet them by the flag pole after school to settle this once and for all.

As to the bigger question — what in the hell is wrong with these people? — well, we can’t even begin to answer that one. 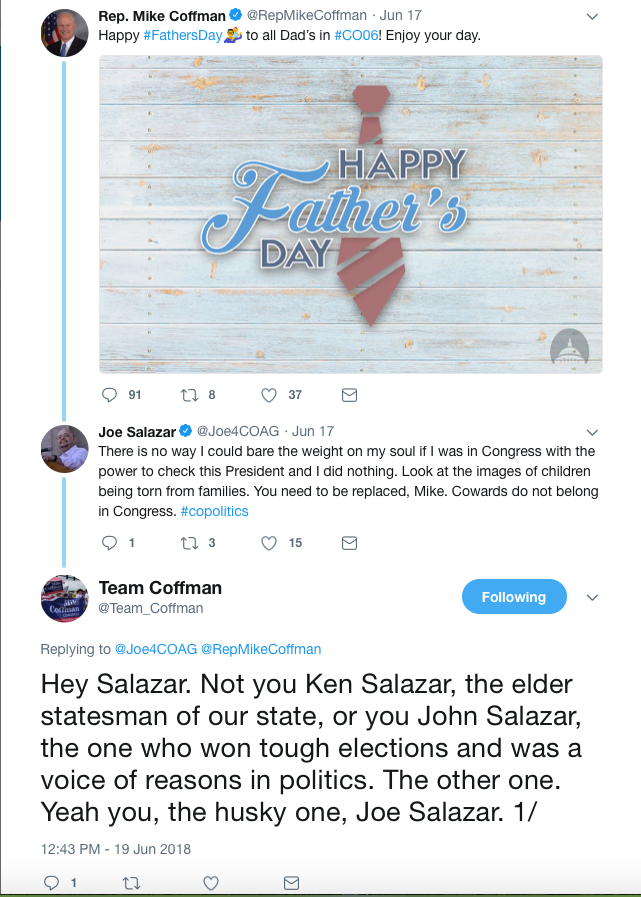 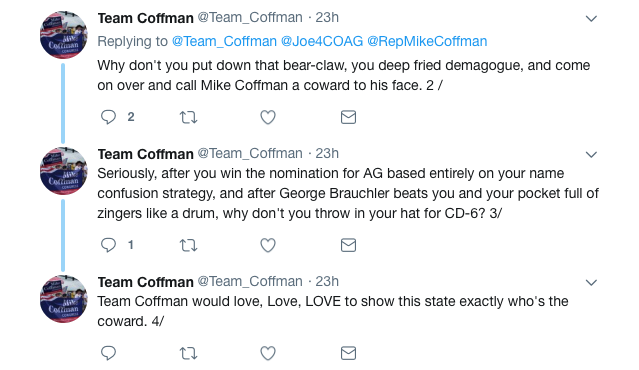