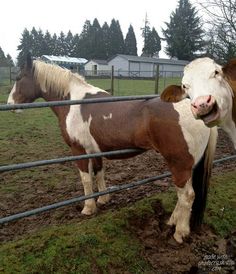 If Rep. Mike Coffman was a horse…

Congressional Republicans have been flailing around in the last few days trying to both express concern over the Trump administration’s “zero tolerance” immigration policy while also making sure to avoid proposing any sort of actual change to enforcement efforts that are separating thousands of children from their families (well, except for Rep. Ken Buck, anyway). Democrats, meanwhile, are uniting behind legislative efforts to put a stop to the growing humanitarian crisis along the U.S.-Mexico border, but there’s not much they can effectively accomplish without the support of some Republican lawmakers.

Congressman Mike Coffman (R-Aurora) popped up in several national stories on Monday after he released a statement indicating that he supported Senate Democratic efforts to stop Trump’s “zero tolerance” policy. This move surprised exactly no-one who has ever paid attention to Coffman; over his 30 years in elected office, Coffman has developed a well-deserved reputation for generally taking all sides of all issues at all times.  But a new story today points out a particularly-egregious example of Coffman’s doublespeak on immigration.

As CNN reports for the first time, Coffman quietly signed on to the Goodlatte bill on March 18; nine days later, Coffman voiced a request on the House floor to remove his name from the legislation. The reason this is important is because the Goodlatte bill was widely understood to be THE CONSERVATIVE OPTION for dealing with immigration reform. This, of course, is not at all consistent with Coffman’s attempts at forging a moderate image on immigration, let alone Coffman’s stated public support for offering undocumented immigrants a pathway to citizenship.

How does Coffman’s office explain this doublespeak? Here’s CNN:

A spokesman for Coffman said his initial support of the Goodlatte bill, which until now had not been reported, was his attempt to explore all options for an immigration fix. [Pols emphasis] The congressman withdrew his support, the spokesman added, once he realized the bill would not offer a permanent solution for hundreds of thousands of young undocumented immigrants known as DREAMers.

“We were exploring all legislative avenues and that came aboard,” said Daniel Bucheli, a Coffman spokesman. “Then, looking at the details closer, it was clear there would be no permanent protection for DREAMers and at that point he took his name off it.” 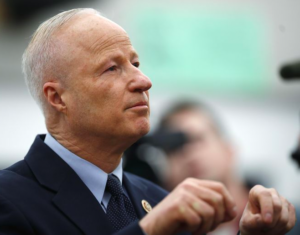 This explanation is more than a little absurd, as CNN continues:

But the Goodlatte bill never offered DREAMers permanent protection, raising questions as to why it took Coffman nine days to realize the bill did not meet one of his primary immigration objectives. [Pols emphasis] The bill, which was widely known at the time as the conservative option to ongoing debates over immigration, was also rolled out on January 10, 2018, months before Coffman decided to attach his name to the proposal.

As part of that rollout, a one-page summary from House Judiciary provided on the bill made clear it would not offer a pathway to citizenship.

A spokesperson for the progressive group “Organizing for Action” told CNN that if you don’t like where Coffman stands on immigration, “just wait a few days.” It’s not intellectually honest for Coffman to pretend this isn’t accurate.