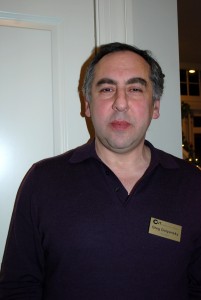 The Colorado Supreme Court has upheld a 20-cent surcharge on grocery bags in the city of Aspen.

Monday’s ruling represents the second time in the last month that the court has rejected a constitutional challenge brought under the Taxpayers’ Bill of Rights. TABOR requires voter approval for all taxes.

The government can raise fees without asking voters as long as the proceeds pay for a related service. Park fees, for instance, can pay for park maintenance.

Here’s the summary of the Colorado Supreme Court’s decision, reaffirming the reasoning that has guided many past decisions interpreting the 1992 Taxpayer’s Bill of Rights (TABOR)–properly interpreting TABOR’s narrowing language to, despite the wishes of the law’s “starve the beast” proponents, allow governments in the state of Colorado to carry out essential functions:

After analyzing the charge in this case, the supreme court holds that this charge is not a tax. Aspen imposed this charge as part of a regulatory program aimed at waste management, and the $0.20 charge for the right to use a paper bag bears a reasonable relationship to Aspen’s cost of permitting that use. Because this charge is a not a tax it is exempt from TABOR’s requirements. Accordingly, the supreme court affirms the court of appeals.

The suit was brought by the right-wing advocacy group the Colorado Union of Taxpayers, headed by infamous former gun peddler Gregory Golyansky. The principals at CUT include in addition to Golyansky include Steve Curtis, the former Republican state chairman recently convicted of voter fraud, Dan Kopelman, who ran into scandal selling voter data on the side while working for then-Secretary of State Mike Coffman, and far-right failed state senate candidate Tony Sanchez. Add in Jon Caldara of the Independence Institute and you’ve pretty much got the complete roster of Scooby-Doo villains of Colorado politics.

The well-litigated issue in this case is whether the strict verbiage of TABOR considers purpose-specific fees to be a “tax” requiring voter approval, or whether such fees fall outside the proper scope of the law. The Colorado Supreme Court has consistently found that such fees do not fall within the scope of TABOR, which has led to a the proliferation of such fees as a way to keep essential functions of government operating.

It’s not a perfect solution, but at the end of the day the only people who sue over this are the ones least concerned with a functional government. The most ideological, least responsible voices in Colorado politics. And not only do they always lose, it’s very important that they continue to always lose.