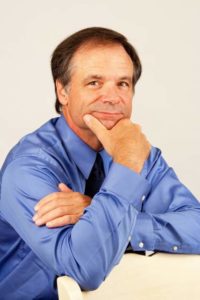 Denver7 reporting from Weld County District Court, where a former chairman of the Colorado Republican Party was convicted today by a jury of felony forgery and election fraud–another development in what’s become a crazy week of Republican True Crime Stories™:

Steve Curtis, the former chairman for the Colorado Republican Party, was found guilty Thursday by a Weld County jury of voter fraud and forgery.

Curtis, 58, was arrested in March and accused of signing his wife’s mail-in ballot for her, which is a misdemeanor in Colorado. He was also charged with forgery of a public record, a fifth-degree felony…

“He knew exactly what he was doing,” argued Deputy District Attorney Tate Costin during closing arguments. “He received it in the mail, opened it, voted, signed it, sealed it back up and sent it in. If he were going to sign a name during this confused diabetic state, wouldn’t he sign his own name? Why her name? She hadn’t even lived in the house for 11 months.”

Curtis was the state’s GOP chairman from 1997 to 1999, and caused a stir ahead of the 2016 election when he said on KLZ 560: “It seems to be, and correct me if I’m wrong here, but virtually every case of voter fraud I can remember in my lifetime was committed by Democrats.” [Pols emphasis]

Ex-Colorado GOP chairman Steve Curtis’ defense that health problems somehow compelled him to forge his wife’s name on her ballot didn’t fly with the jury, and now Mr. Curtis gets to spend the rest of his days reflecting on the irony of being convicted of a crime he claimed only those rascally Democrats ever commit! In truth, as we’ve consistently found to be the case in our years covering Colorado politics, is that Republicans tend to do approximately 100% of the hand-wringing about voter fraud and the commission thereof.

And with that, one of the storylines in what we’ve come to call Colorado GOP Crime Week–which started as a joke, then really became a thing–has gotten to the final chapter. Stay tuned to see how the Pueblo GOP treasurer wanted for theft on the lam in El Salvador and the developing case of Rep. Lori Saine‘s loaded pistol at the airport get resolved.