At Least He’s Not Your County GOP Treasurer

UPDATE: The Chieftain notes in an updated version of the story that Fogg was arrested in El Salvador on November 17. 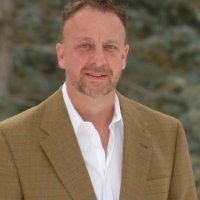 One word of caution–if you live in Pueblo County, as the Chieftain reports, the above doesn’t apply to you. Because, unfortunately:

An arrest warrant has been issued for former Pueblo County Republican Treasurer Jeff Fogg after he didn’t appear in court Nov. 16 for a pre-trial hearing on felony charges that he allegedly stole more than $20,000 from the county party between April 2013 and July 2015…

Fogg, 50, was scheduled to go to trial on Dec. 11, but he is reportedly out of the country. He owns property in El Salvador.

Fogg was the target of complaints by local Republican officers in July 2015 after they pressed him for an accounting of the party bank account. They claimed there was evidence Fogg had emptied the account but replenished it the day of their examination.

Jeff Fogg might have dropped some money back into the Pueblo County Republican Party’s bank account on the sly, but the Chieftain reports further examination of the party’s books found evidence that Fogg pocketed between $20,000 and $100,000–which we expect is enough to buy a pretty nice hidey-hole in El Salvador! That nation technically has an extradition treaty with the United States, but apparently not a very good one.

It’s not the first time a Colorado county Republican Party has had a problem with party officers using the organization’s finances as a slush fund. Back in 2011, Larimer County GOP chairman Larry Carillo pleaded no contest to felony theft charges after relieving the party of between $17,000 and $35,000 to support his swinging gambler lifestyle. You might remember that fines related to Carillo’s case against the county party were partly offset by a fundraiser featuring then-Colorado Secretary of State Scott Gessler, who at one point had been set to appear in a dunk tank to raise money to cover the fines.

If it was our donations walking away like this, we wouldn’t find that very funny.