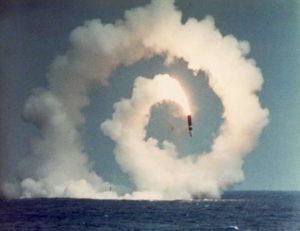 Congressional Republicans were giddy in late 2017 when they finally did a thing after spending most of the year fumbling around with healthcare “reform” and generally accomplishing nothing. The Great Republican Tax Plan was touted as “rocket fuel” for the American economy that would spur American investments and corporate growth, which in turn would trickle down to the middle class, yada, yada…

As the New York Times reports, that didn’t really happen:

Republicans sold the 2017 tax law as “rocket fuel” for American investment and growth, saying that corporations — flush with cash from lower tax rates — would channel money back into the economy by building factories and offices and investing in equipment, which would help companies grow and provide winnings for workers…

…But, so far, hard evidence of such an acceleration has yet to appear in economic data, which show more of a steady investment roll than a rapid escalation. And while there are pockets of the economy where investment is picking up — among large tech companies and in shale oil business, for example — corporate spending on buying back stock is increasing at a far faster clip, prompting a debate about whether the law is returning money to the overall economy or just rewarding a small segment of investors. [Pols emphasis]

Data on the gross domestic product, released Friday, showed that business investment grew at a 6.1 percent annual clip during the first three months of 2018, down from 7.2 percent during the first quarter last year. Excluding oil and gas investment, which is particularly volatile, the investment pace grew slightly over the past year.

While the first-quarter investment numbers were more robust than they were in 2015 and 2016 — when a bust in oil prices curtailed a large chunk of American corporate spending — they weren’t radically different from the roughly 5 percent rate of growth for business investment that has prevailed since 2010.

Senator Marco Rubio (R-Florida) is getting flogged by right-wing Republicans for daring to point out the obvious: The Republican tax plan ain’t doing shit for the economy. Check out this quote from Rubio in the current issue of The Economist:

“There is still a lot of thinking on the right that if big corporations are happy, they’re going to take the money they’re saving and reinvest it in American workers. In fact they bought back shares, a few gave out bonuses; there’s no evidence whatsoever that the money’s been massively poured back into the American worker.” [Pols emphasis]

Perhaps Rubio’s buddy, Sen. Cory Gardner, saw this coming; Gardner regularly praised the legislation as something of a Christmas miracle, but he was noticeably absent in defense of the tax bill in the aftermath of its passage (he has since returned to cheerleading the legislation). American voters, meanwhile, were well aware of the problems with this turd long before President Trump signed it into law.

Gardner has another two years to worry about the electoral consequences of his tax vote, but this bill is coming due in November for Republicans like Rep. Mike Coffman (R-Aurora) and Rep. Scott Tipton (R-Cortez). Coffman shrugged off concerns about rising debt and in January scolded critics of the tax plan, telling KNUS radio that the stock market would have crashed had Republicans not acted when they did. Tipton, meanwhile, never even seemed to bother with trying to understand the tax bill that Republican leadership told him to support.

What was once billed by the GOP as its signature achievement of 2017 is turning into an issue that Republican candidates may avoid discussing altogether this fall.