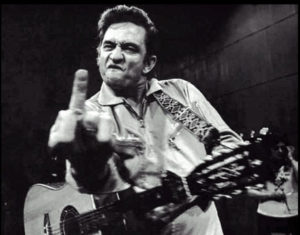 In a nutshell, here’s what Americans think of the Republican tax plan.

The Republican tax plan has a whole lot of problems. According to a new poll, Americans absolutely don’t like the GOP tax scam — and that was before news came out that Senate Republicans screwed up language in the bill that could ultimately make corporations fare worse than ever before.

Business Insider sums up the results of a new CBS poll out today:

The Republican tax bill just got hit with another doozy of a poll on Thursday, adding to the growing amount of data showing Americans don’t like the bill.

A new CBS News poll found that 35% of Americans approve of the Tax Cuts and Jobs Act (TCJA), while 53% disapprove. While approval was unsurprisingly split along party lines, independents were also opposed to the plan, with 33% approving rate and a 52% disapproving…

Also, just 28% said they believed businesses would create more jobs because of the TCJA, while 64% said they would not.

As John Harwood reported for CNBC earlier this week on a different poll from Quinnipiac University, Republicans are not seeing a political benefit to their sloppy bill-drafting:

The poll shows Americans oppose the Republican tax-cut effort by nearly two-to-one, as 29 percent approve and 53 percent disapprove. That’s a worse showing than Obamacare ever recorded, and more unpopular than former President Bill Clinton‘s tax increase plan when it passed in 1993. [Pols emphasis]

Just as daunting are results showing that most Americans don’t buy the core arguments Republicans have offered for their plans. Moreover, debate over the issue has harmed the party’s reputation…

…As a result, consideration of the matter has handed Democrats a fresh advantage over Republicans. In August, Americans split evenly over which party handles tax issues better. Now, Democrats hold an eight-percentage-point edge, 47 percent to 39 percent.

Watch out for that wave, Republicans.