The House is expected to have to vote again Wednesday on Republicans’ sweeping tax legislation after several provisions were ruled out of order in the Senate.

However, it is not likely to stop the momentum for long, with the legislation still on track to be delivered to President Donald Trump this week. The Senate is expected to vote on the bill Tuesday night after striking the provisions, which relate to expanding tax-advantaged college savings accounts and taxing college endowments.

The stumble is an embarrassment for Republicans, who just hours before were celebrating on the House floor and getting kudos from Trump for passing the landmark bill and sending it to the Senate. It also plays into the hands of Democrats who have been saying the speed with which Republicans are pushing the plan through is a recipe for chaos. 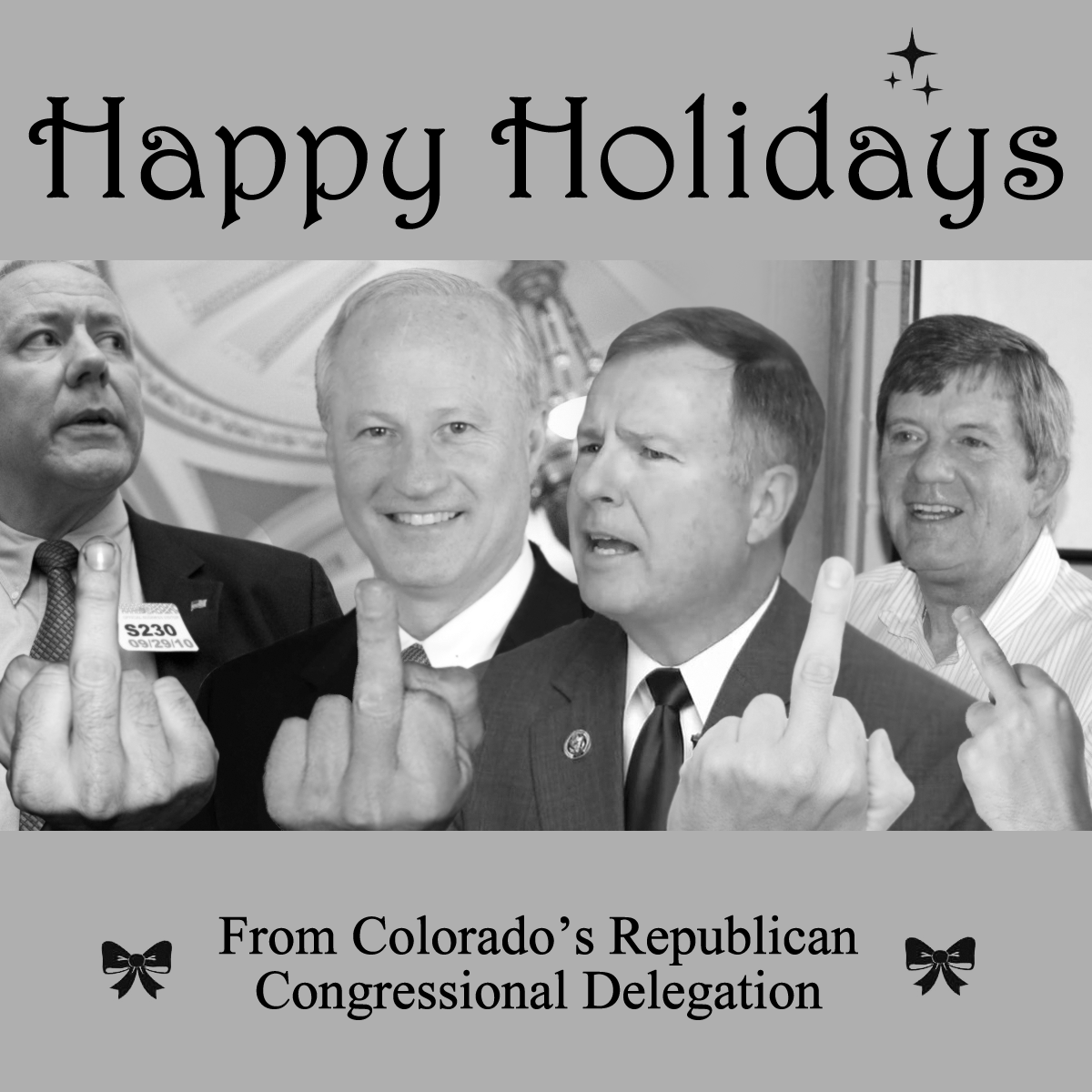 Just in time for Christmas, as the Denver Post’s Mark Matthews reports:

“While distractors will spell every myth and scare tactic under the sun, at the end of the day, this bill will help working and middle-class families by doubling both the child tax credit and the standard deduction,” said [Rep. Mike] Coffman in a statement prior to the vote.

“This pro-growth and pro-family bill will put more money into the pockets of hard-working Coloradans,” he added.

The tax measure, which has flown through both houses of Congress in recent weeks, has attracted widespread opposition for the tax breaks it provides to corporations and the wealthy, as well as the $1 trillion it’s expected to add to the federal deficit.

No  taking it back now–apparently none of the changes to the bill, including those that undid key defenses Rep. Mike Coffman himself had offered for voting yes, were enough to persuade Coffman to stand in the way of paying back the donors. With this vote the U.S. House in 2017 can finally lay claim to something resembling an accomplishment. So there’s that.

Now the voters will judge Coffman’s actions, and based on the polling that doesn’t look promising.